Gateshead make the 604-mile round trip to London this weekend to face high-flying Bromley in the Vanarama National League.

The Heed have played out one draw and one defeat on home soil in the last week, coming from a goal behind to earn a point against Eastleigh before losing to Altrincham in midweek.

Mike Williamson’s side earned the first away win of the season last time out on the road, with Dan Ward’s first half opener securing three points at Maidenhead United.

Bromley have won five from six home games so far, conceding just once, leaving them level on points with Notts County in terms of home form.

Adam Marriott leads The Ravens’ scoring charts this season, and added two to his tally in midweek to take his total to six goals.

“We all knew coming into this league that it was a highly competitive league,” said captain, Greg Olley.

“After winning the league last year we’re all on this high and we expect to win every game – I think that’s a good thing.

“We need to prepare for every game, because these teams are very good teams who are pushing to break into League Two.”

“I spent five years in Newcastle and I think six or seven of [Gateshead’s] players were at Newcastle with me,” said Bromley manager, Andy Woodman.

“They’ve come up last year and have lost their two front men, but the rest of the team looks very good and is operating well.

“This league is thankless you can’t take any team for granted so we’ve got to make sure we take care of our own business.”

Robbie Tinkler and Mike Williamson both featured in Gateshead’s last competitive fixture against Bromley in December 2018, which saw Luke Armstrong and Fraser Kerr strike in a 2-0 win at Gateshead International Stadium.

Paul Blackett has returned to training after being substituted off early on Tuesday and is available for selection.

Admission at Hayes Lane is priced at:

11 years and under | FREE with a paying adult

*Concession: Over 65s and those registered disabled.

Please note, prices increase from midnight the day before as below:

11 years and under | FREE with a paying adult

Tickets are available to purchase online here. Supporters are required to create a Ticketmaster account before purchasing.

Away supporters will be able to enter Hayes Lane from 1:30pm on Saturday.

Gateshead earned a hard-fought point on the road thanks to Dan Ward’s late strike at Bromley.

Louis Dennis put the hosts in front with a tap in with 18 minutes to go, only for Ward to level eight minutes later with a deft first time finish and send The Heed home with a share of the spoils.

Mike Williamson opted to switch to a 4231 formation – as opposed to the usual 433 – at Hayes Lane, with Kamil Conteh partnering Owen Bailey in front of the back four as his side looked to take points from a Bromley side who had won all but one of their home fixtures this season.

The hosts started on the front foot and looked to find an early opener, with Michael Cheek thinking he had done just that only for the assistant referee’s offside flag to halt any celebrations four minutes in.

Omar Sowunmi saw an effort on the turn saved by Dan Langley shortly afterwards, before Cheek tried his luck once more only to send over the crossbar.

Gateshead settled into the game after the opening 10 minutes however, and Bailey called Bromley ‘keeper Tom Smith into action with 27 minutes on the clock as he met Greg Olley’s corner at the near post.

Proceedings flowed much more openly towards the latter part of the first half with chances seen at both ends – Adam Marriott heading straight into Langley’s grasp in a chance for Bromley, before Smith parried away Olley’s dangerous ball into the six-yard box.

Williamson’s side maintained their trademark intensity into the early stages of the second half and could have grabbed the opener but for Smith, who reacted quickly on his line to deny Ward from converting Luke Daley’s low cross.

Cheek then saw his second goal of the afternoon chalked off by the offside flag on the hour mark after he latched onto a lofted ball in behind the Gateshead back line and slotted past Langley.

The opener went the way of the hosts on 72 minutes however, with substitute Dennis on hand at the back post to tap home a low cross.

Gateshead created the best chances after going a goal down and could have levelled five minutes later, only for Smith to deny Olley from finding the top corner with a first time effort from 20 yards.

Smith was finally beaten with 10 minutes to go and Ward was the man to strike for the second consecutive away game, flicking home Adam Campbell’s dangerous cross into the penalty area to bring his side level.

Both sides had chances to win in the game’s final stages, with the woodwork denying an own goal from Daley’s low cross into the box before Langley blocked a point-blank strike from Dennis at the near post. 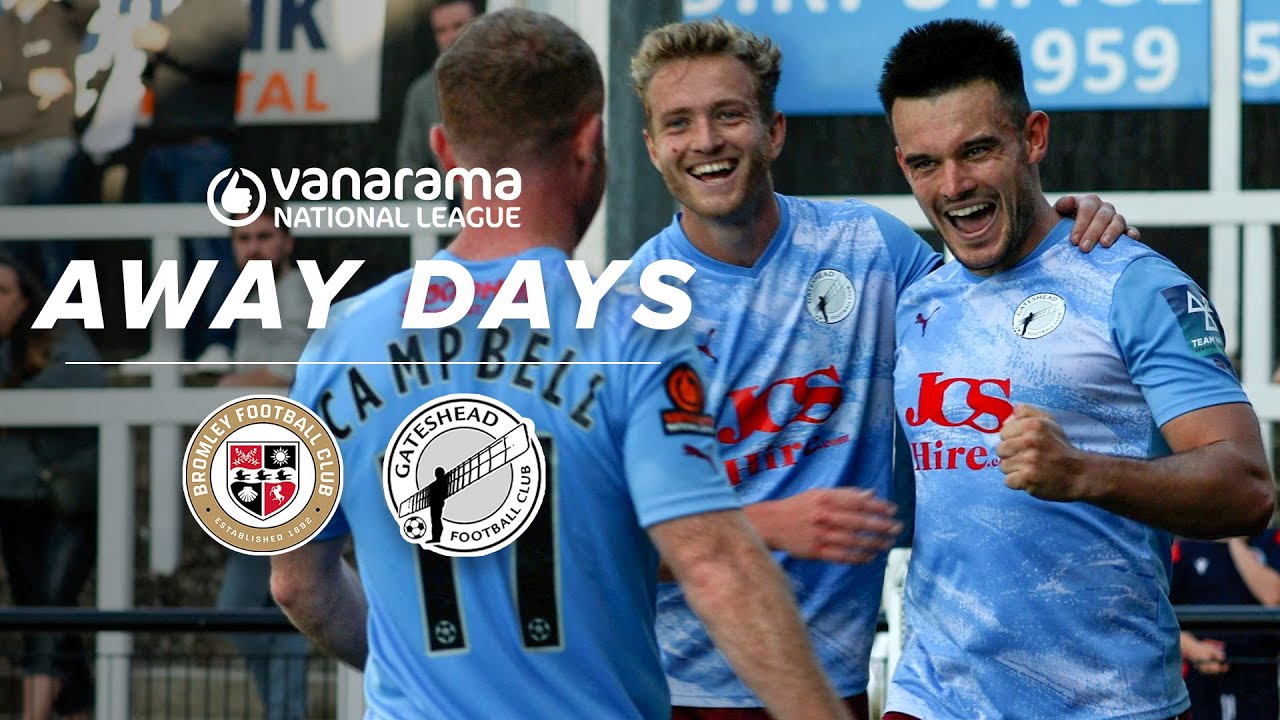