Mike Williamson’s men have defeated Alfreton Town, Spennymoor Town, Curzon Ashton and York City across the last two months and sit fourth in the league table as a result.

The Heed have three games in hand on AFC Fylde and Chorley in first and third place respectively, with two in hand on Brackley Town in second place.

Farsley Celtic lie 17th in the league table as things stand but have been a difficult team to overcome at The Citadel, losing just once in seven league games at home this season.

Neil Ross’ side have defeated Fylde and Curzon Ashton on home turf so far, as well as drawing with high-flying Brackley Town.

Former Bradford City striker James Hanson is Farsley Celtic’s top scorer in the league this season with four goals to his name so far since joining the club in the summer.

“They recently beat Fylde, they’ve been a group who have been together for quite a long time and they’re very disciplined in their way.

“The pitch can be difficult to play on but ultimately that’s the test for us, we know what we’re going to face.

“We need to make sure we stand up to the physical battles and win those battles in both boxes.”

Robbie Tinkler is unavailable for Saturday’s game after picking up an injury against York City in midweek.

Danny Greenfield is set to return to training this month while Elliot Forbes faces a longer-term injury absence.

Tickets are available online for a reduced price compared to on the gate admission at The Citadel on Saturday.

Online tickets are priced at:

A dramatic second half at Farsley Celtic saw Gateshead emerge from a seven-goal thriller with a fifth consecutive win in the Vanarama National League North.

Paul Blackett’s opener put Gateshead in front for seven minutes before a quick double from Will Hayhurst and Chris Atkinson sent Farsley into half time ahead.

Jordan Richards added a third a minute after the restart before Macaulay Langstaff’s strike and Jimmy Spencer’s red card made it interesting late on.

Two substitutes made the difference late on as Cedwyn Scott equalised before an injury-time winner from Adam Campbell saw Gateshead move third.

Gateshead started strongly and pushed for an opener from the first whistle with Langstaff forcing Tom Donaghy to save at his near post before Matty Jacob fired wide of the far post.

Farsley’s opening chance fell to Kieran Scales on the edge of the box, but he was unable to keep his effort down after the ball struck a bobble in the pitch leading to him firing well over the crossbar.

Twenty-six minutes in, Blackett found the opener as he raced through on the counter and kept his cool to slot low past Donaghy and put The Heed ahead.

The lead lasted only seven minutes however, with Wombwell judged to have pushed Adam Clayton in the box and the referee awarding a penalty, which Hayhurst slammed home.

Two minutes later and the hosts found themselves in front as Atkinson beat Jacob Chapman to the ball to head Farsley in front.

The home side grabbed a third to leave The Heed with a mountain to climb one minute into the second half when Richards headed into the far corner, but there were still twists left at The Citadel.

Dan Ward and Scott were introduced to provide spark in attack and it took just five minutes for Langstaff to pull one back from then as he capitalised on a loose ball in the box.

Farsley were then reduced to 10 men with half an hour to go after Spencer challenge Greg Olley in the centre circle, handing Gateshead the advantage as they chased the game.

Scott took advantage with 14 minutes remaining to bring Mike Williamson’s side back level when he placed into the far corner on the turn, but they still went in search of a fourth.

The Heed’s pressure paid off with 91 minutes on the clock through substitute Campbell, whose lofted ball into the centre evaded all defenders and nestled into the far corner to spark pandemonium in the away end and ensure three points returned to Tyneside. 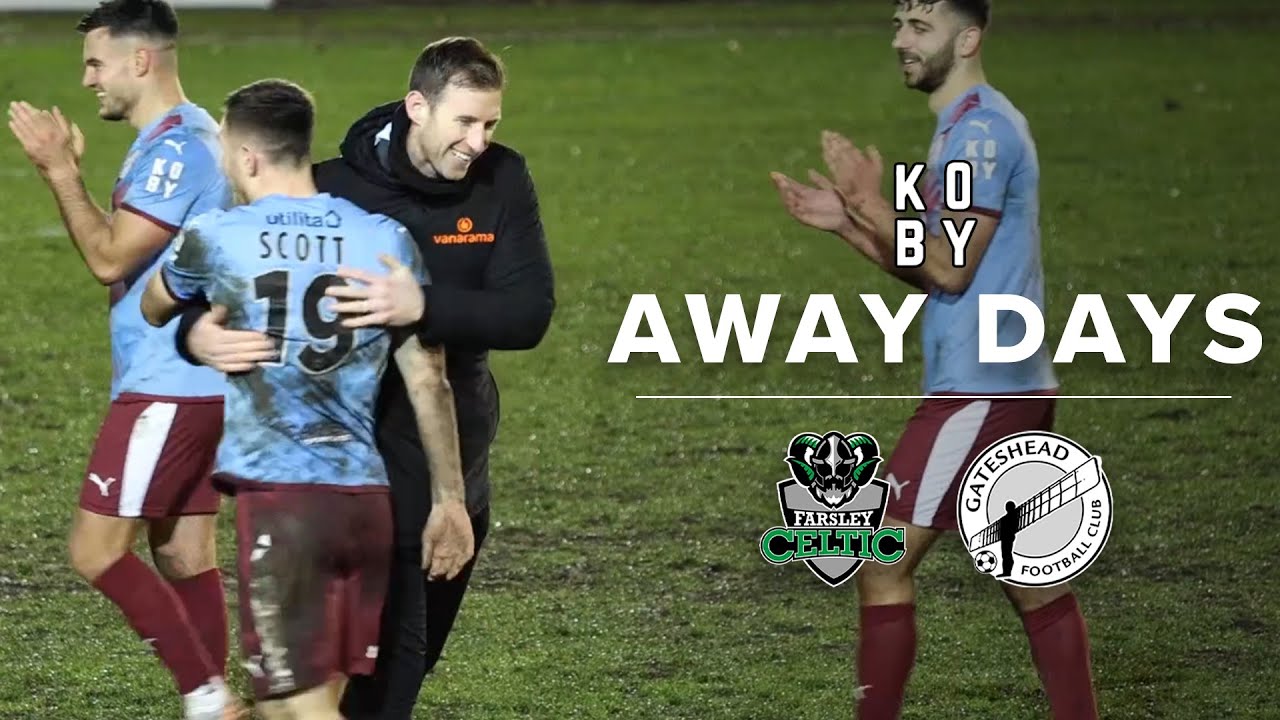