Gateshead ran out 9-0 winners over Northern League side Ashington on their return to home soil on Tuesday night.

Elliot Forbes put The Heed in front with a precise volley from a corner before Macaulay Langstaff headed home to make it two on 27 minutes.

Adam Campbell netted twice in the second 45 alongside goals from Langstaff, Eddie Thomas, Connor Pani and Rhys McLeod to cap off a nine-goal win on home turf.

Gateshead named a strong starting 11 for the opening 45 minutes at Gateshead International Stadium, with a host of first-team names alongside a sole trialist lining up in black and white.

The hosts got off to the perfect start seven minutes in when Forbes connected with Greg Olley’s corner to sweep into the far corner, out of reach of Ashington’s goalkeeper.

Langstaff and Adam Campbell both tried their luck at making it two shortly after but were both denied by fine saves from the visiting goalkeeper.

It was the former who found the second goal of the night however, heading home Olley’s corner from the centre of the box to put Gateshead in control of the friendly.

Olley would later try his luck at finding the net himself after setting up the first two and forced a diving save from Ashington’s goalkeeper, who was in fine form on the night.

The pair would find themselves in another duel one minute before the break and it was the stopper who came out on top again, blocking Olley’s header from point-blank range.

Campbell took only two minutes to get on the scoresheet after the break however, sending a volley into the far corner despite a touch from Ashington’s diving goalkeeper.

The latter found himself in action once again a few minutes later to stop Connor Pani from netting his first of pre-season after Robbie Tinkler’s ball into the middle of the box, as The Heed looked to pile on the pressure.

Gateshead fired a quickfire double home with two inside two minutes to make it five, first from Langstaff’s header before Campbell slotted home for his second of the game.

Pani added a sixth with 15 minutes to go when he prodded home a pinpoint cross from Dan Ward, and substitute Thomas netted a seventh late on to add sheen to the scoreline.

Rhys McLeod came off the bench to make an impression himself with an eighth of the night before Pani rounded off the scoring with his second to cap off a successful evening on Tyneside. 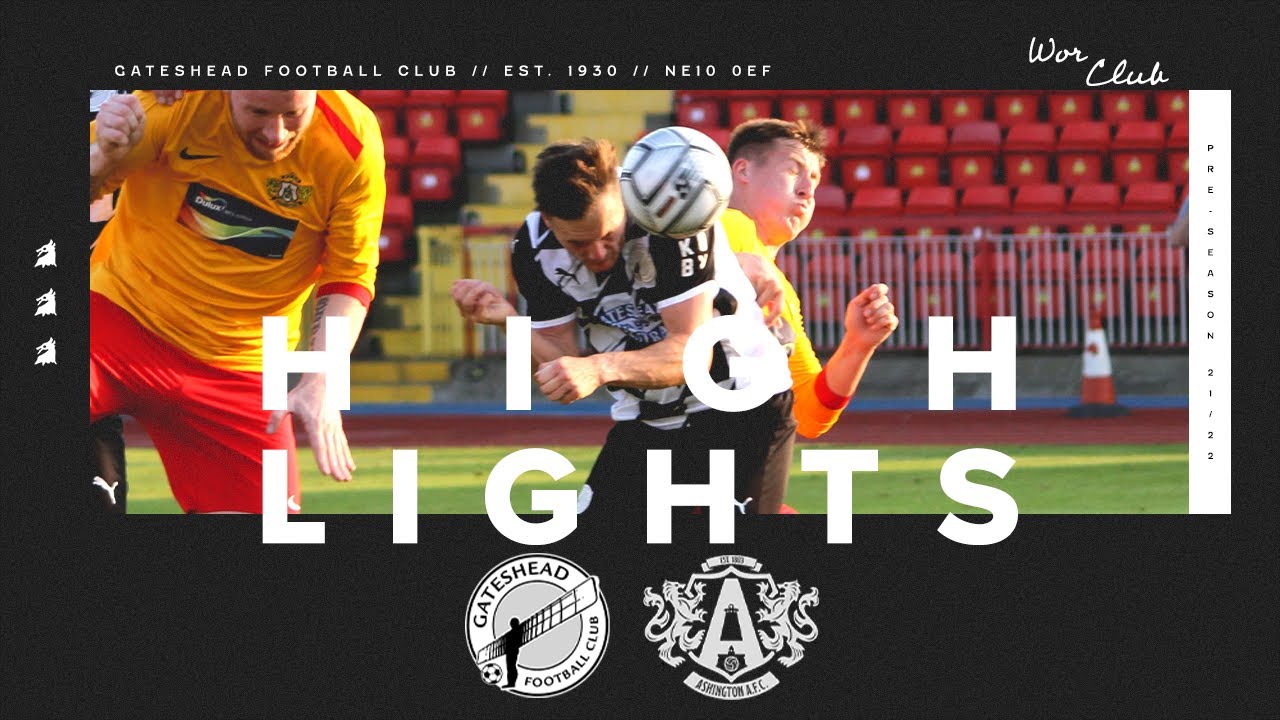