The Heed were due to kick off their season last weekend at Leamington, but a late postponement meant Mike Williamson’s were side forced to wait another week to get back to competitive action.

A Claudio Ofosu penalty saw The Poppies to a 1-0 win over Bradford (Park Avenue) at Latimer Park last weekend and they now look to make it two wins from two at Gateshead International Stadium – a ground they haven’t visited since 2011.

“The last two years our start has made us play catch up,” said assistant manager, Ian Watson.

“We haven’t started the last two seasons as well as we would have liked. The first season we had a lot of draws and last season just seemed to take time before we got into our rhythm.

“We want to hit the ground running and it’s so important that we get off to a good start.”

“We know there are certain things we need to do better but it wasn’t a bad start,” Kettering manager Paul Cox told the Northamptonshire Telegraph.

“However, we know it’s going to be a really tough test on Saturday.

“We are coming up against a club that is full-time and I think they have aspirations to be up there competing for the play-off places.”

Tickets for the fixture can be purchased online via Seatedly and can also be purchased from the ticket office on Friday (4pm-6pm).

Click here for full supporter information ahead of Saturday’s game.

Dan Ward has returned to training this week and is a possibility for selection on Saturday, although Jack Hunter is set to miss out due to an injury setback.

Gateshead earned a 3-1 win over Kettering Town in the opening game of the season at Gateshead International Stadium. 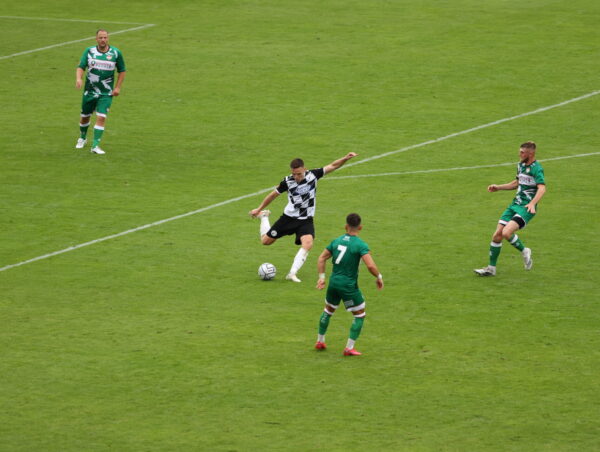 Gateshead turned on the style in the opening 45 minutes with a Cedwyn Scott double, either side of Macaulay Langstaff’s strike, putting The Heed three up at the break.

Callum Powell pulled one back for the visitors on the hour mark but Gateshead were good value for their first win of the season.

Mike Williamson stuck with the in-form names for the opening game of the season on Tyneside, with new signings Luke Williams and Matty Jacob named on the bench.

Langstaff and Scott threatened as early as four minutes in with the former squaring to the latter, only for his shot to deflect out for a corner.

It took a quarter of an hour for Scott to open his account in Gateshead colours when he cut in from the right and sent a low effort past Rhys Davies in the Kettering goal.

Langstaff doubled the lead only five minutes later when he was fed down the right-hand side before powering past Davies to send the home crowd into raptures.

The Poppies wilted under the pressure and Scott added a third, and his second, with 23 minutes on the clock as he reacted first to prod home a rebound from a few yards out.

Gateshead came close to finding a fourth through Robbie Tinkler and Danny Greenfield as the half wore on, with the pair both sending efforts wide after cutting inside.

Kettering were only yards away from reducing the deficit to two on the stroke of half time however, heading against the crossbar from a corner into the box before The Heed’s defence hooked clear.

The second half began in the same manner as much of the first – with Gateshead in the driving seat.

Langstaff used his pace to put distance between himself and his marker before crossing for Adam Campbell, but Davies did well to parry away with the forward lurking.

Kettering weren’t out of the game yet though and would have pulled one back through Powell, but for Jacob Chapman’s fine point-blank save.

Powell did get himself and Kettering on the scoresheet on the hour mark however as he tapped home unmarked at the back post.

The game settled down a little from that point onwards with Kettering seeing spells of possession, although were kept largely at bay by the hosts.

Paul Blackett came off the bench to add spark up top for Gateshead and was inches away from netting his first of the season as he stole the ball from Davies and struck the post.

Neither side were able to add to their tally in the game’s late stages and Gateshead ensured a well-earned three points remained on Tyneside. 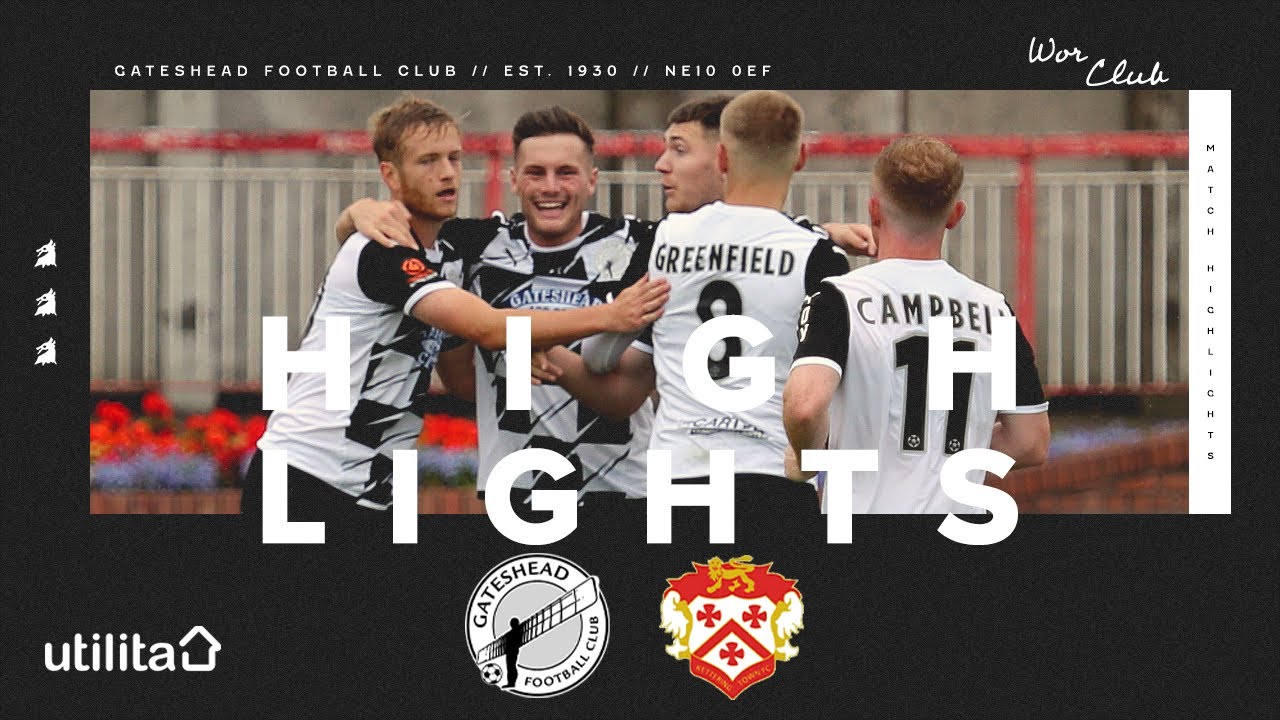