Gateshead secured an emphatic 4-1 win over a Newcastle United XI at Gateshead International Stadium in the penultimate game of pre-season.

Familiar faces for Newcastle fans did the business in Gateshead colours in the first half as Adam Campbell and Greg Olley put The Heed two up at the break.

Dylan Stephenson pulled one back for the visitors but Cedwyn Scott and Paul Blackett struck to ensure a second 4-1 win inside a week.

The Heed were on the front foot from the off and took the game to Newcastle from the opening whistle in front of a vocal home crowd.

Campbell, a former Newcastle striker, found the net with 12 minutes on the clock when he poked in Olley’s deft touch in the box.

Gateshead continued to assert themselves as the half wore on and Cedwyn Scott was left appealing for a penalty midway through the opening 45 after taking on his man in the box, but the referee waved away his protests.

Olley turned from provider to goalscorer with just under half an hour gone as he latched onto Scott’s ball through before shrugging off the challenge, rounding Will Brown and slotting home.

Newcastle did get themselves on the scoresheet for a split second when Dylan Stephenson directed a low cross in at the near post, only for his effort to be flagged offside.

Stephenson did get himself on the scoresheet properly three minutes after the restart, sending a low shot just under Chapman’s reach on the counter.

Gateshead’s lead was restored mere minutes later however and it was Scott who continued his scoring run in pre-season with a fine finish from 20 yards after receiving Olley’s ball through.

Scott could have grabbed his second shortly afterwards through sloppy defending from the visitors but fired wide after picking up a loose ball.

Blackett added a fourth with 25 minutes to go, and only one minute after being brought on himself, getting on the end of Campbell’s pinpoint ball through and slotting into the far corner.

Blackett had two chances to add even more emphasis to the scoreline late on, first firing Eddie Thomas’ lay-off wide from 15 yards before sending a volley past the post from a similar distance moments later. 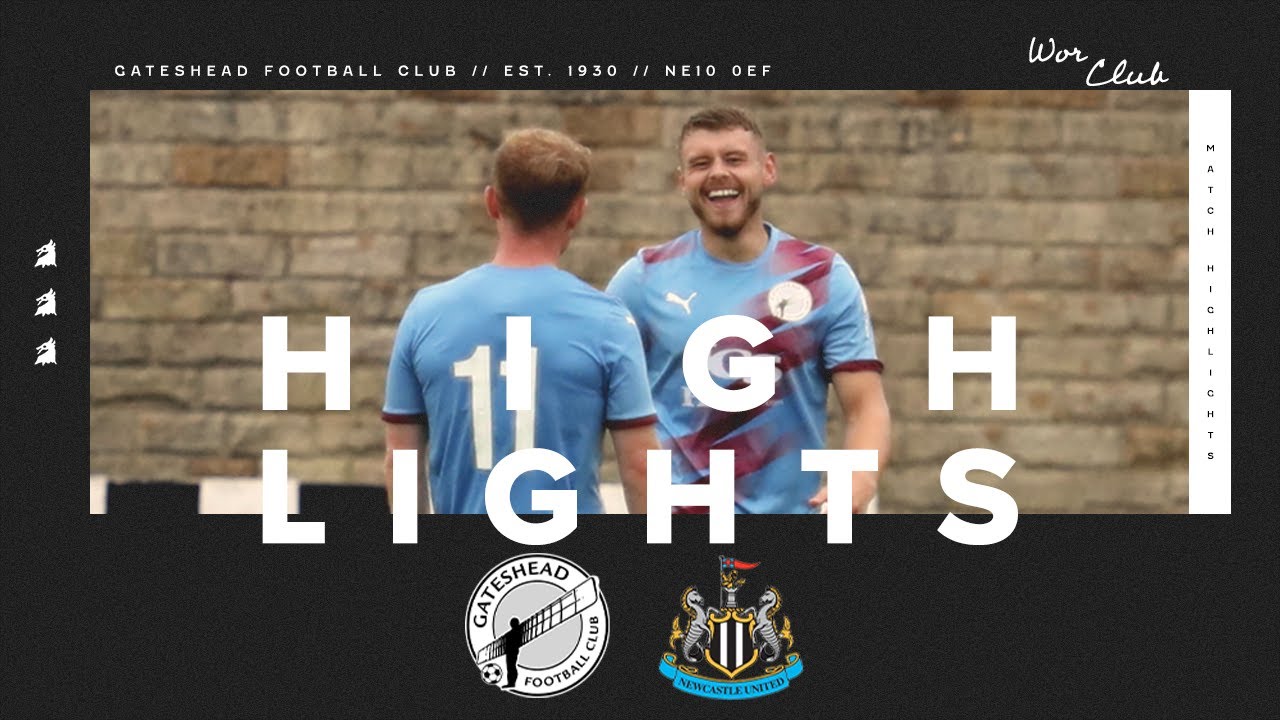