The Heed have not played a home fixture in the league since a 3-1 win over Boston United on October 9, and currently sit 11th in the league table following a raft of postponements and cup fixtures in recent weeks.

Mike Williamson’s side drew 2-2 in an Emirates FA Cup first round tie against Altrincham last time out at Gateshead International Stadium, setting up a replay next Tuesday evening.

Gateshead are one of only two teams – alongside Kettering Town – to have played less than 10 league fixtures and have as many as four games in hand on teams above them.

Alfreton are one of the division’s current form teams and are six games unbeaten in league competition.

Billy Heath’s men secured a 2-0 win at Spennymoor Town last weekend to lift themselves to sixth in the Vanarama National League North and three points above Gateshead, albeit with three more games played.

Danny Greenfield and Luke Williams are fit and available for selection after missing most of the season so far due to injury.

Robbie Tinkler and Paul Blackett are still to be assessed ahead of tomorrow’s game.

Tickets are available to purchase online or on the gate at Gateshead International Stadium with admission priced at:

Segregation will be in place for Saturday’s fixture with away supporters situated to the North of the Tyne & Wear stand.

Gateshead secured a dramatic 2-1 win over Alfreton Town at Gateshead International Stadium to maintain a 100% home record in the Vanarama National League North.

Dayle Southwell put Alfreton ahead against the run of play midway through the first half but Cedwyn Scott levelled in the second 45 to make Gateshead’s pressure count.

Greg Olley netted an injury time winner to send The Heed up to ninth and maintain their 100% home record in the league.

Ryan Wombwell and Jack Hunter returned to the starting 11 while Luke Williams made the bench after his absence through injury since August.

Both sides saw half chances in the opening 10 minutes as Southwell drew a save from Jacob Chapman low to his right, before Macaulay Langstaff headed a Greg Olley cross wide.

Cedwyn Scott called George Willis into action for the first time with 12 minutes gone from 25 yards out as the Alfreton ‘keeper parried wide with Gateshead looking to raise the intensity.

Langstaff then rounded Willis after beating the defensive line eight minutes later only for his touch to roll too far past the ‘keeper and out of play with the pressure rising.

Olley perhaps should have put the hosts ahead a few moments later as Langstaff turned provider, sending a low cross into the six-yard box which the former couldn’t connect cleanly with.

Alfreton capitalised instantly and countered down the right wing as Matt Rhead knocked a ball down to Southwell who slammed home at the near post to put the visitors in front.

The Heed looked to respond swiftly and Langstaff again sent a header wide via a deflection before later racing clean through on goal only to be hauled back by a controversial offside flag.

Wombwell fired over moments before the break as he stretched to reach an Olley free-kick with the pressure only going one way into half time.

Gateshead kept their attacking intent as the second half began and Langstaff was denied from making it 1-1 from close range by a fine save by Willis as the hosts drew closer.

A golden chance to equalise fell to Scott as Willis came for a long ball and was left stranded, leaving the forward to smash against the post.

Scott only had to wait five minutes to get on the scoresheet however as he capitalised on Langstaff’s ball into the middle to fire home and bring The Heed level.

The hosts then had a flurry of a chances that left the home crowd wondering how they weren’t ahead with Willis saving from Owen Bailey, Williams and Langstaff with a few minutes of each other.

One chance fell the way of either side in the game’s dying moments with Southwell first sending a free header wide in the box, before Olley grabbed a dramatic winner at the other end with a 20-yarder that was well out of Willis’ reach. 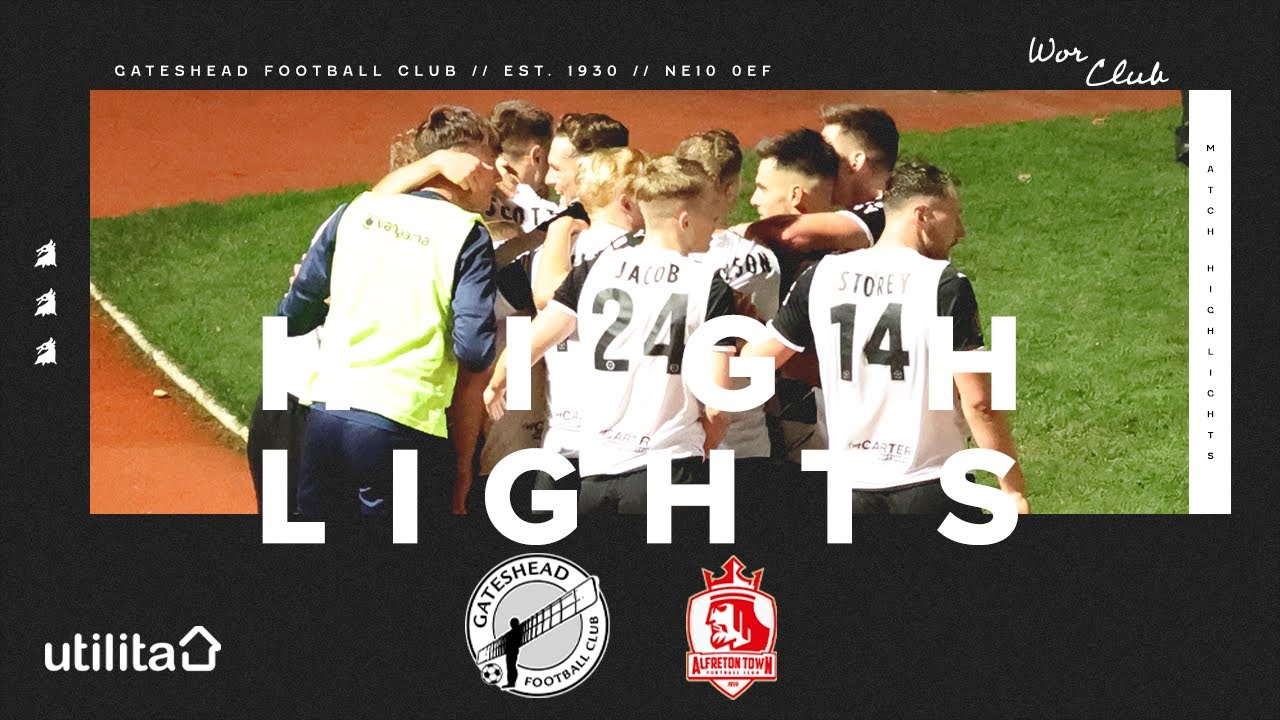