Gateshead welcome Barnet to The International Stadium on Saturday in our first home game since returning to the Vanarama National League.

The Heed travelled to London last weekend in the season opener with Dagenham & Redbridge stealing a 2-2 draw in the dying seconds.

Paul Blackett scored the first goal of the National League season within six minutes of his debut at tier five, while Adam Campbell also got off the mark.

Barnet finished 18th in the league last season, appointing Dean Brennan as head coach in February, though The Bees got off to a perfect start on last weekend as Ephron Mason-Clark and Nicke Kabamba fired them to a 2-0 home win over Halifax Town.

“They’re effective in both boxes – I really like their front four, they’ve got a lot of creativity and pace around the big man.

“We’ve got to be on our game – get to the halfway line as quickly as possible, identity the situation and found solutions for it.

“We’ve got to stand up to their physicality, dominate and compete in both boxes.”

Ethan Pye will be touch-and-go for the fixture after coming off in the first half at Dagenham & Redbridge, while goalkeeper Dan Langley could return to the match day squad after an injury absence.

Dan Jarvis is nearing full fitness, and is set to return to full training next week.

Gateshead twice beat Barnet in 2018/19, which included an action-packed home fixture in March 2019.

Mason-Clark scored for the visitors but Shaq Coulthirst’s dismissal gave Ben Clark’s side a foothold in the second half.

Tom White and current skipper Greg Olley found the net to give The Heed a 2-1 victory.

Tickets can be purchased online or on the gate at Gateshead International Stadium, with admission priced at:

Segregation will be in place, with Barnet supporters placed in the East Stand.

Home supporters can purchase tickets on the gate or online here.

Away supporters can purchase tickets for a £1 reduction due to the East Stand being uncovered either on the gate or online here.

The club shop will be open in the café area from 12pm on Saturday, where supporters will also be able to collect their season cards.

Confectionary, as well as hot and cold drinks, will be served from the café area but supporters are advised that no alcohol will be sold in this area.

Gateshead were rewarded with a point after a two-goal comeback on their National League home return against Barnet.

Gateshead came straight at Barnet from kick-off, Gateshead had the first chance of the match in the 7th minute when Greg Olley played a clever dinked pass into the box which Aaron Martin headed over the bar

Just three minutes later Olley and Martin linked up again when Olley found Martin with another ball, but Laurie Walker managed to collect the headed attempt.

Louis Storey plays a sublime ball over the top of Barnet’s backline in the 22nd minute, which Greg Olley manged to get on the end of. However, Olley shot was blocked by Barnet’s defence with the rebound also being blocked.

Gateshead found themselves behind in the 39th minute when a loose ball bounces into the box and finds its self-going over James Montgomery before Ryan De Havilland pokes it in.

Barnet doubled their lead in added time in the first half, Sean Shields floats a cross into the box which Ephron Mason-Clark met and guided the ball into the far corner.

Just five minutes after the break Kenton Richardson showed his pace and beats his man before playing a ball back to Paul Blackett who hits a first-time shot which deflects off a Barnet player and beats Walker.

Gateshead came agonisingly close to equalising in 56th minute when Dan Ward plays a clever ball across goal, but Blackett just couldn’t get a boot on it.

Barnet nearly restored their two-goal advantage when Robbie Tinkler was robbed in possession by Nicke Kabamba who plays it to Mason-Clark before hitting the post in the 59th minute.

It was Gateshead was next to hit the woodwork, when Adam Campbell brings the ball down before hitting a driven shot across goal which beats Walker and clips the post in the 66th minute.

Olley and Blackett link-up and drive at the Barnet’s defence in the 74th minute and play it to Adam Campbell who decides to shoot from 24-yards which manages to fly into the top corner with Walker never being able to reach it.

Gateshead nearly completed their comeback in the 77th minute, Allan finds Blackett who hits a shot from outside his boot forcing Walker to make a quick save. 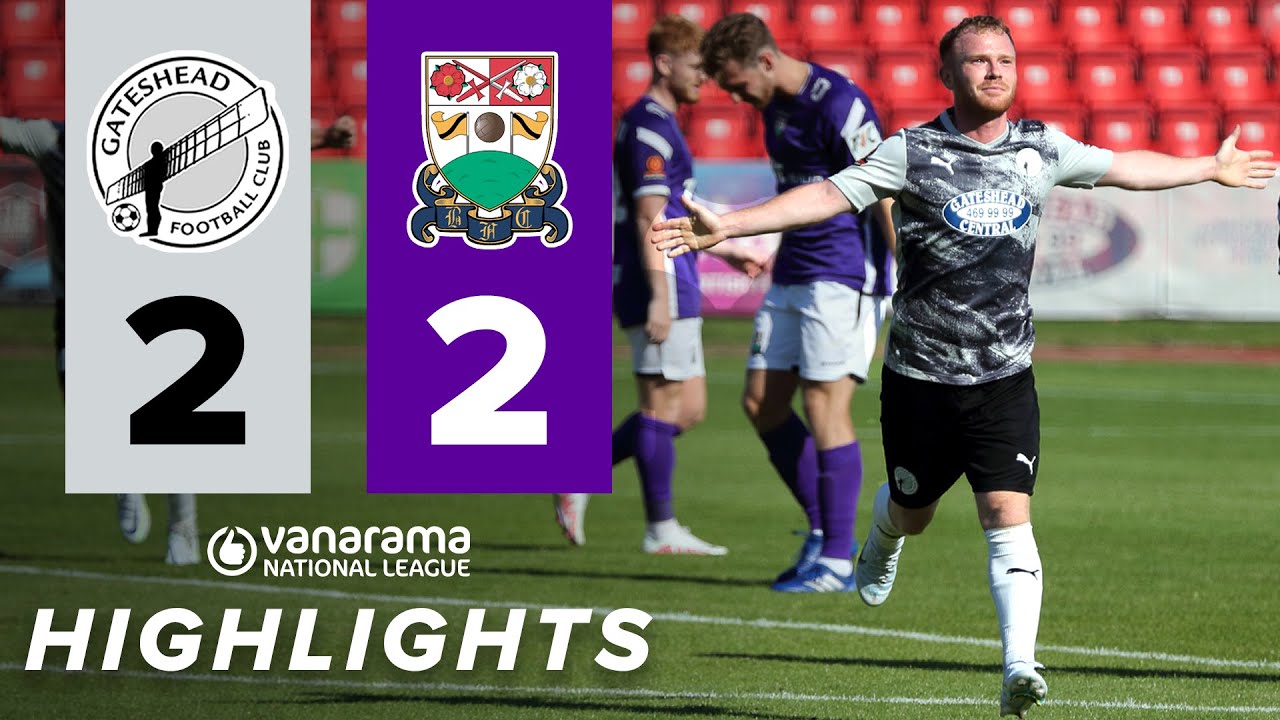