Gateshead welcome Charlton Athletic to Tyneside on Friday in the Emirates FA Cup second round (7:45pm kick off).

The hosts have reached this stage twice during the last seven years, beating Warrington Town in 2014 before a 5-0 defeat to Luton Town three seasons later.

Mike Williamson’s side are yet to lose on home soil this season, tasting seven wins from eight at Gateshead International Stadium.

Two narrow wins on the road at Spennymoor Town and Curzon Ashton leapt The Heed into fifth in the National League North.

However, five changes to the starting line-up at the weekend saw AFC Fylde progress by a single goal in the Buildbase FA Trophy.

FA Cup winners in 1947, Johnnie Jackson’s men beat Plymouth Argyle a fortnight ago, but have since dropped points to Morecambe and Shrewsbury Town.

The Addicks have played 10 games under the caretaker manager, winning six and drawing two – including a 4-0 victory against Havant & Waterlooville in the first round.

Charlton caretaker manager Johnnie Jackson is keen to avoid an upset on Friday night, telling The Addicks’ official website: “The fact it’s on TV on a Friday night, the broadcasters will probably be smelling an upset and it’s our job to make sure they don’t get what they want.

Macaulay Langstaff returned to training during the week and is set to be available for selection having missed recent fixtures.

Friday’s fixture at Gateshead International Stadium is an all-ticket affair, with admission priced at:

Segregation will be in place on Friday night, with away supporters placed in the East Stand.

Supporters are simply required to show the ticket attached to their confirmation email, either via a smartphone or printed copy, to enter Gateshead International Stadium on Friday evening.

Turnstiles are set to open at 6pm on Friday night for both home and away supporters to enter Gateshead International Stadium.

Home supporters with tickets for the Tyne and Wear Stand will enter through turnstiles one, two, three and four.

Home supporters with tickets for the South Terrace will enter through turnstiles seven and eight, which are accessed by following the path to the right of the main reception. Supporters with accessible tickets should use turnstile six to enter the stadium

On-site parking is not available to the public on Friday night and the lower field will also be unavailable for parking due to broadcaster requirements.

Blue badge holders will be able to use the on-site parking though spaces cannot be guaranteed, and so those wishing to utilise this should arrive as early as possible.

Jayden Stockley’s brace prevented Gateshead from causing on upset on home soil in the Emirates FA Cup second round.

Chances proved to be at a premium during the first 15 minutes, with only Adam Campbell breaking through but hitting over inside the area.

On the 17 mark, The Heed pushed through and almost opened the scoring through Cedwyn Scott, however the forward’s strike clashed off the side netting.

With 24 on the clock, Charlton found an opportunity of their own through Elliot Lee, with his header looping over the woodwork.

The visitors broke the deadlock just after the half-hour, as Connor Washington beat the offside trap and picked out Stockley to poke home.

Four minutes before the break, Greg Olley teed up Campbell in the box, but Stephen Henderson clawed it away before the rebound went wide.

The Heed should’ve equalised almost instantly in the second 45 as Alex Nicholson’s long-ranged effort was parried by Henderson, however Langstaff shot wide of an open goal.

Charlton forced a save from Jacob Chapman in the 53rd minute, through a powerful strike by Washington.

The Addicks doubled their lead seconds later as Diallang Jaiyesimi’s cross was met by Ben Purrington, before Stockley got the slightest of knocks prior to the ball hitting the net.

With 20 to go, Langstaff was sent through one-on-one but fired his opportunity well over the target.

Jonathan Leko went forward for Charlton on 78 minutes, cutting from the right flank but blasting narrowly over.

In the closing stages, Olley’s free-kick was smacked against the post by Williamson, before Jack Hunter was kept out with a point-blank stop. 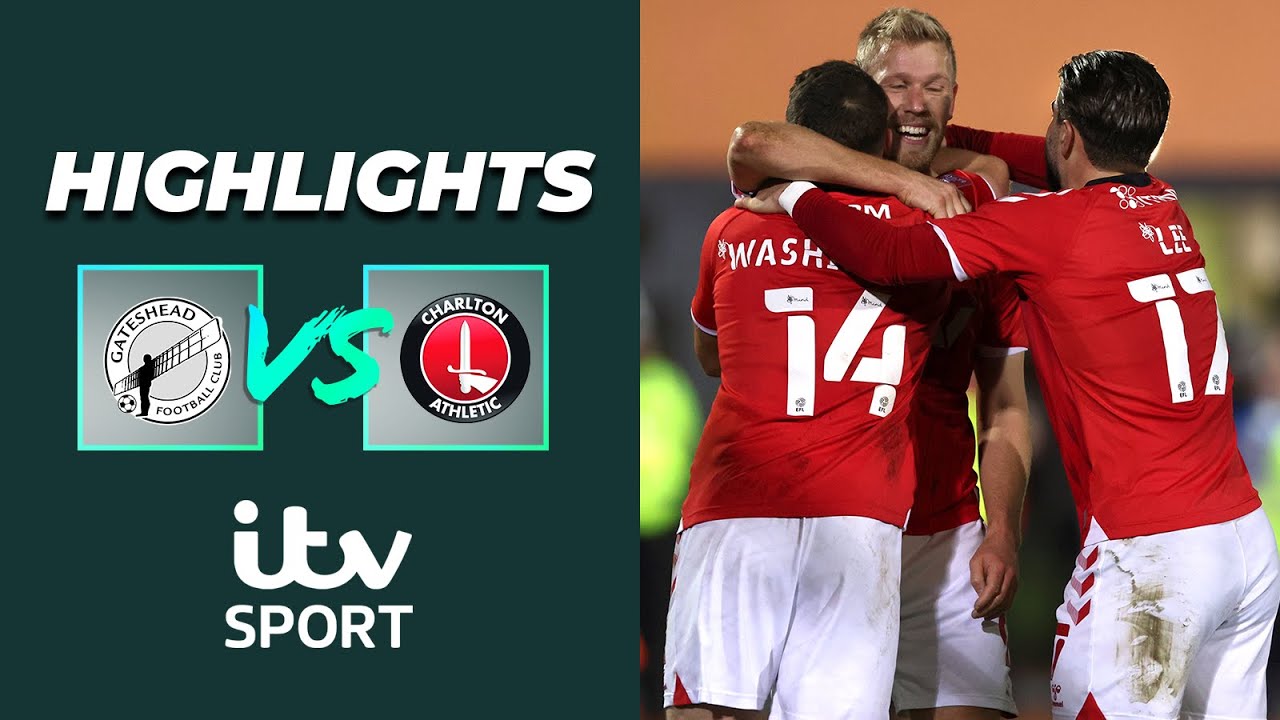