The Heed come into tomorrow’s fixture on the back of three consecutive wins over Blyth Spartans, Alfreton and Spennymoor Town.

Mike Williamson’s side lead the Vanarama National League table by three points after the division was struck by Storm Eunice at the weekend, with only three fixtures played to completion.

Macaulay Langstaff added to his tally to strengthen his charge towards the summit of the top scorers list, now sitting one goal behind Spennymoor’s Glen Taylor.

Farsley Celtic find themselves at the foot of the division ahead of tomorrow’s game, but could overtake AFC Telford United with a win should results elsewhere also go their way.

The Celt Army have struggled on their travels so far this season with 10 defeats from 13 away fixtures, while scoring eight and conceding 32.

Russ Wilcox took the reins at The Citadel on February 1 and has gone on to draw one and lose one of his opening two fixtures, against Chorley and Gloucester City respectively.

“It’s about finding a way and when you’re not at your best being able to grind a result out,” said player-manager Mike Williamson following Saturday’s win over Spennymoor Town.

“For the coaching staff, it’ll be a good game to analyse and it will give us some work to do ahead of a very tough test on Tuesday against Farsley.”

“We’ve got to see what the injuries are like and regroup,” Farsley Celtic manager Russ Wilcox said following his side’s 2-1 defeat to Gloucester City.

“It’s working on the minds as well, not just the bodies.

“It’s a tough one to swallow when you lose to a team around you, especially in the manner we did.”

There are no new injuries to report following Saturday’s 2-1 win over Spennymoor Town.

Gateshead came out on top at The Citadel following a seven-goal thriller against Farsley Celtic in December 2021.

Paul Blackett put The Heed in front in the opening 45, only for a quick double from Will Hayhurst and Chris Atkinson to hand the hosts the lead at the break.

Jordan Richards made it 3-1 early in the second half and left Gateshead with a mountain to climb, though Macaulay Langstaff reduced the deficit shortly before Jimmy Spencer was sent off.

Cedwyn Scott equalised with 14 minutes to go before Campbell sparked wild scenes in the away end in injury time when his lofted cross floated in at the back post.

Admission for Tuesday’s game is priced at:

The Heed extended their grip at the top of the standings with a two-goal win over Farsley Celtic.

Cedwyn Scott netted a brace for the hosts to take his league tally to 18 for the season, while Adam Campbell extended the lead despite a late push from The Celt Army.

Jacob Gratton set Jimmy Spencer early for the visitors, but the forward was denied low by Filip Marschall.

Matty Jacob’s shot was blocked on 18 minutes for Mike Williamson’s men, while Greg Olley whistled the loose ball past the post.

Gateshead hit the foot of the post with 26 on the clock as Macauley Langstaff got his toe to Robbie Tinkler’s driven cross.

Three minutes later, Campbell picked up possession and played Scott into the clear, with the forward making no mistake at close-range.

Taylor Charters and Campbell linked up with 10 to go in the first period, but the latter’s shot was stopped well by defender Kennedy Digie.

Jacob’s shot was then controlled by Scott at the back post, and the goalscorer was only denied a second by the linesman.

At the end of the half, Langstaff latched onto Olley’s pass and the number seven’s chance from a tight angle flashed past the post.

Smart play on the 49 mark gifted Gateshead a second, as Olley slid a close free-kick into Scott for a powerful finish.

After the hour, The Heed kept up the pressure as Charters struck a loose ball narrowly off target from the edge.

Campbell scored his second of the week on 67, with another 20-yard finesse into the top corner as Kyle Trennery had no chance.

Olley hooked over on the 80 mark, before Farsley pulled one back as a deep effort hit the woodwork and bounced back out to give Chris Atkinson an easy finish.

Lewis Butroid headed into the gloves of Marschall at the death, with The Heed holding on tight for the 3-1 win. 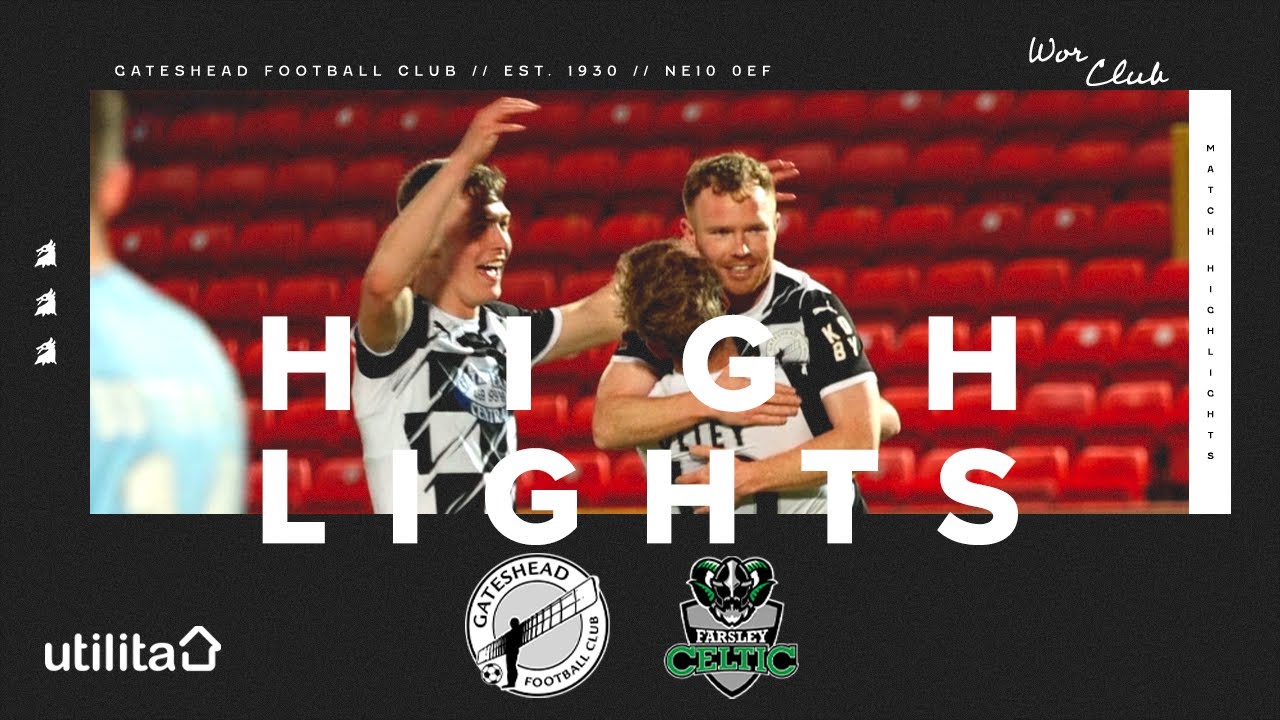