Gateshead host Kidderminster Harriers in a key clash at the top of the Vanarama National League North on Saturday (3pm kick off).

The Heed sit top of the league table ahead of this weekend’s games, four points above Brackley Town who have two games in hand.

Mike Williamson’s side are unbeaten in the last five, with last Saturday’s draw at AFC Telford United halting a four-game win streak.

Their 2-1 defeat away to Farsley Celtic last weekend brought a seven-game unbeaten run to an end and leaves them four points away from Brackley Town in second place.

Ashley Hemmings and Sam Austin are the two men to have hit double figures in the league’s scoring charts for the visitors.

Cedwyn Scott leads the division with 18 goals and Macaulay Langstaff follows one behind with 17.

“It’s a big one because we know how good they are,” said player-manager, Mike Williamson.

“They know coming here and taking three points would be massive for them and their momentum, and vice versa.”

“I was at Gateshead and they attract some really good loans because of the big clubs around them,” Kidderminster Harriers manager, Russ Penn, told the club’s official website.

“Mike [Williamson] and Ian [Watson] have gone in there the last two years and done pretty much what we’ve done here.

“They’ve stamped their authority on the football club, cleaned it up a little bit and they’re a club that are on the up and are looking for promotion.”

Carl Magnay returned to training on Thursday and faces a late fitness test ahead of Saturday’s game.

Gateshead handed Kidderminster their first defeat of the 2021/22 season with a clinical performance at Aggborough in September.

Harriers had most of the possession early on but were caught on the counter twice in the first half, with Langstaff netting both to give Gateshead control.

Joe Foulkes reduced the lead to one just before the break, but Paul Blackett restored the two-goal advantage shortly into the second half.

Hemmings grabbed a second for the hosts with half an hour to go but The Heed held their nerve to bring all three points back to Tyneside.

Segregation will be in place for Saturday’s fixture with home supporters situated in the Tyne & Wear Stand, while away supporters will be located in the East Stand.

Tickets can be purchased either on the gate or online for Saturday’s fixture. Tickets purchased online will not be posted out, and should either be printed at home or shown on your smartphone upon entry.

Admission for Saturday’s game is priced at:

Gateshead cemented their place at the top of the Vanarama National League North with a resounding 4-0 win over Kidderminster Harriers at Gateshead International Stadium.

Macaulay Langstaff’s double took him to 19 league goals while Greg Olley and Taylor Charters joined him on the scoresheet to ensure an emphatic three points.

Both sides got themselves in attacking areas early on without testing either goalkeeper as Omari Sterling sent a 20-yard shot wide for the visitors, before Langstaff fired just over after cutting in from the left.

The Heed were denied an opener by the woodwork with 17 minutes gone, as Olley whipped a 20-yard free kick over the wall and towards the bottom corner only for Luke Simpson to parry against the post.

Three minutes later, however, Gateshead had the lead. Louis Storey picked out Langstaff’s run in behind and he shrugged off his man before firing low past Simpson on the turn to hand the hosts the advantage.

Kidderminster looked to return the favour having gone behind but were limited to half chances, with Nathan Cameron heading a cross over at the back post before Sterling fired straight at Filip Marschall from 25 yards.

Gateshead returned the favour by netting a second six minutes before the break when Cedwyn Scott glided past his man out wide and sent a low cross which Simpson parried to Olley, who swiftly converted the rebound.

If the hosts had control of the opening 45, they ran rampant in the second, adding a third after only 10 minutes when Langstaff lashed across goal with his left and found the top corner from a tight angle.

Gateshead’s relentless pressure high up the pitch almost created a fourth with 25 to go when Scott robbed his man of possession on the edge of the box, but sent his shot over the crossbar clean through.

The fourth arrived almost immediately through Charters, who smashed across goal in an almost identical finish to Langstaff’s after being set up by the forward on the left flank.

Scott then came close to getting on the scoresheet again with Gateshead chasing five, but flicked Langstaff’s cross over the crossbar from inside the box.

Connor Malley was introduced for his debut having joined on loan from Middlesbrough earlier on Saturday, but the final 10 flew by without note and Gateshead were left with all three points come the final whistle. 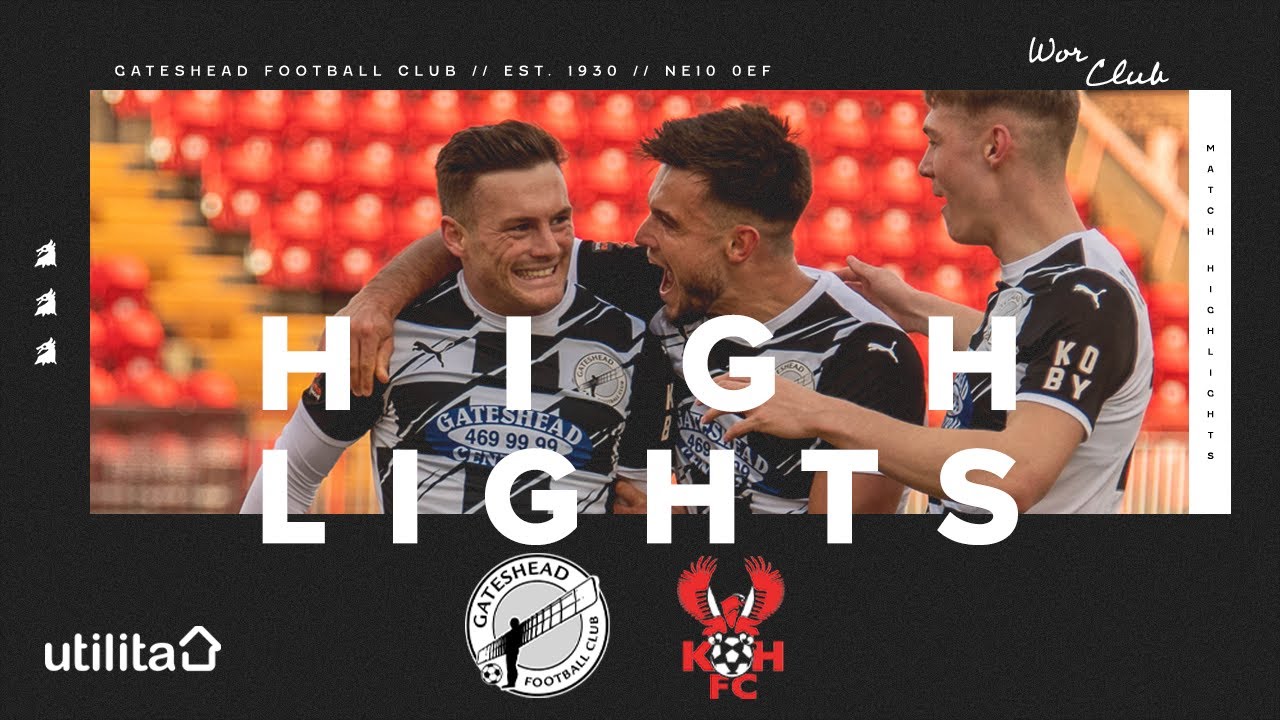