Gateshead look to make it four wins in a row against Leamington at Gateshead International Stadium on Saturday (3pm kick off).

The Heed found themselves in the first place in the Vanarama National League North table for the first time this season after Tuesday’s 4-1 win over AFC Telford United.

Two goals from Paul Blackett, as well as strikes from Cedwyn Scott and Macaulay Langstaff, saw Mike Williamson’s side through to a third consecutive win.

Tuesday’s win means Gateshead are one point ahead of Brackley Town in second, and seven ahead of AFC Fylde with one more game played.

Leamington are one of only four teams to have recorded a win over The Heed in league competition this season – a 2-1 victory in September.

Paul Holleran’s side are winless in the league for two months, with their last win coming against York City at The New Windmill Ground.

Away from has been a hurdle that Holleran’s side need to clear if they are to move up the league table, having only beaten Blyth Spartans on the road so far.

Leamington’s side are currently in 15th position in the league and with a win they can move to 11th.

A defeat could see The Brakes in a precarious position having played more games than the other teams around them in the National League North.

“We are looking forward on the game on Saturday to build on what we have put in place over the last couple of weeks,” said defender, Louis Storey.

“We have analysed them and prepared the group for a tough game.

“It’s about the performance and about the win on Saturday. The league table doesn’t really come into mind too much for us as a group.”

“A very difficult period for us and I said to the players it has to start with us individually,” Paul Holleran told Leamington’s official YouTube channel.

“We have a tough one on Saturday, we just have to keep believing, keep working hard, cut the mistakes out and see where it takes us.

“When you’re having a tough time, heads up chests out, and show some character in the next game.”

There are no new injury concerns for Mike Williamson ahead of Saturday’s game.

Matty Jacob’s loan extension means he will once again be available for selection.

Cedwyn Scott put Gateshead in control in the first half at The New Windmill Ground earlier in the season, before Jack Lane and Kelsey Mooney handed The Heed their first defeat of the season with two second half goals.

Segregation will be in place for Saturday’s fixture with both home and away supporters situated in the Tyne & Wear Stand.

Tickets are available to purchase online or on the gate, with admission priced at:

Gateshead recorded a fourth consecutive win with a 3-1 victory over Leamington at Gateshead International Stadium.

Adam Campbell opened the scoring in the first period for Mike Williamson’s men, but Junior English fired back for Leamington.

A late brace from Macauley Langstaff stuck Gateshead into the driving seat as they secured a second consecutive home win.

Within the first knockings, The Heed had a great chance as they cleared the ball to Paul Blackett, who a forced a solid save one-on-one.

Centre-back Kyle Morrison, in an advanced position, headed far too high on the five mark for Leamington from Sam Wilding’s cross.

After the 15 minute point, Campbell hooked wide of the goal from the edge, while Dan Turner nodded off target from Stephen Morley’s set-piece at the other end.

On 26 minutes, English played a one-two with Wilding before striking at the near post, but Jacob Chapman’s foot kept The Heed on level terms.

With 33 on the clock, Blackett raced down the left and went through on goal, but Jake Weaver got down low to stop.

Moments later, Jack Lane’s free-kick on the halfway line eventually fell to Kelsey Mooney, who volleyed wide of the post.

The chances kept coming as the game sprang into life, with Weaver parrying Greg Olley’s effort before Langstaff hit the rebound wide.

Olley relentless pressing again proved tricky for The Brakes as he found Campbell, prior to Blackett heading the number 11’s cross over.

Some brilliant build-up play saw Langstaff challenge Weaver on the 42 mark, with Blackett and Campbell contesting for the rebound as it bounced into the net.

The scoring was nearly doubled two minutes later, with Blackett firing over from the edge after Olley’s pass.

English equalised from point-blank range straight after the break, following up a powerful shot which Chapman parried.

Around the hour, Mooney looked to stick Leamington in front with a direct hit in the box, but Chapman outstandingly tipped past the post.

Weaver prevented Langstaff from getting on the scoresheet at range, but the attacker would only be forced to wait another three minutes.

Morrison blocked a shot from 20-yards with his arm, and Langstaff sent Weaver the wrong way from the penalty spot.

With 11 to go, Owen Bailey squared to Langstaff from a few yards out, with the latter rolling past Weaver to earn a two-goal advantage.

Substitute Cedwyn Scott skilled past Lane at the death, with Weaver being called into action yet again for Paul Holleran’s outfit to ensure the scoreline stayed at 3-1. 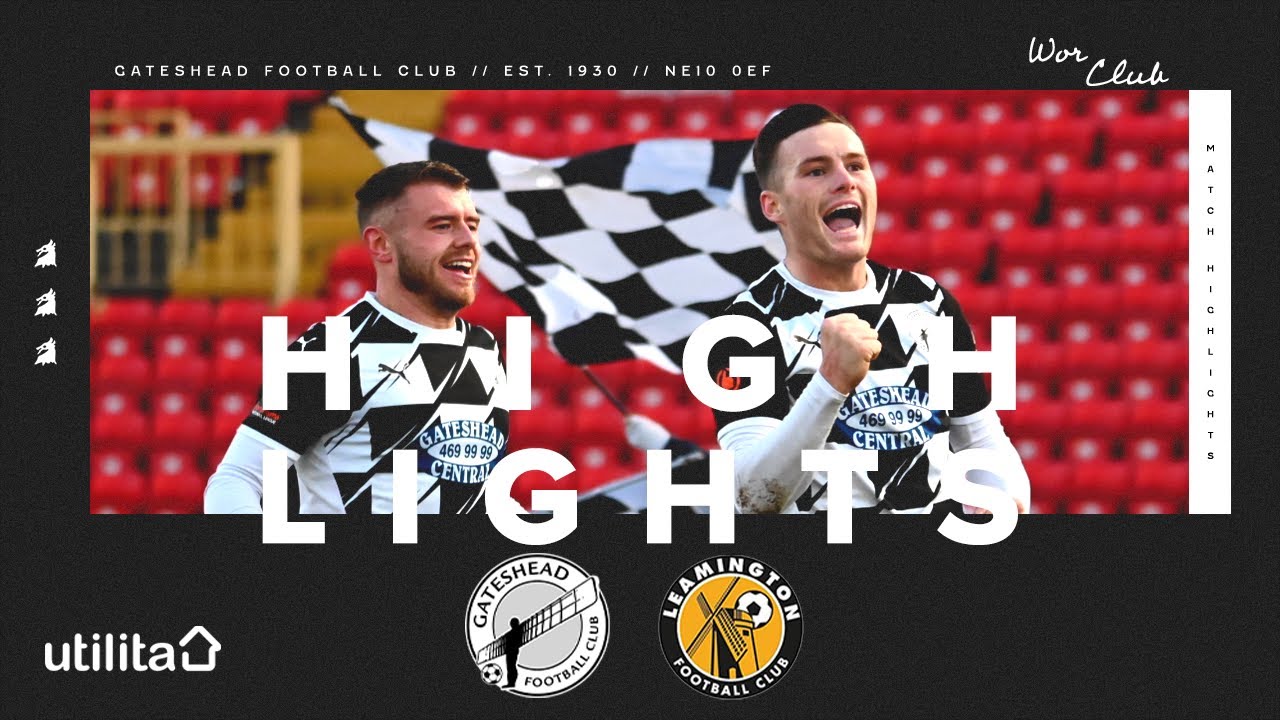