The Heed face the Sky Bet League Two promotion hopefuls following a 2-1 win in a replay against Altrincham in the fourth qualifying round of the competition.

Adam Campbell was the key for Gateshead in progressing from the last round. The attacker netted a brace and despite a late goal from Marcus Dinanga it was enough to get Gateshead into the hat for the next round.

Stevenage recently travelled away to the JobServe Community Stadium to face 24th placed Colchester and were held to a 1-1 draw despite a 17th minute goal from top scorer Danny Rose.

The Boro exited last season’s FA Cup to National League opposition in the second round, with Adi Yussuf’s Yeovil Town recording a 1-0 win thanks to Charlie Wakefield’s 51st minute strike.

“It’s an opportunity to build some momentum, we’re in a difficult period and we will find a way out of it,” said player-manager Mike Williamson

“Every time we face higher opposition the lads rise to the occasion, and we’ve got to do the same tomorrow.

“The FA Cup is a fantastic competition and one we really want to progress in.”

“They’re a decent side, Mike Williamson has done a good job and he’s got some talented boys,” said Stevenage manager, Steve Evans.

“They met a really good and big-funded Chesterfield team on Tuesday, but I’m more interested in watching the game they drew recently with Solihull.

“Chesterfield, Solihull and Notts County are sides who would comfortably be in the top end of League Two, so that tells you the challenge we face on Saturday.”

League champions Stevenage emerged as 1-0 winners with a first-half Scott Laird penalty making the difference, leaving Gateshead uncertain of avoiding relegation until the final day of the season. 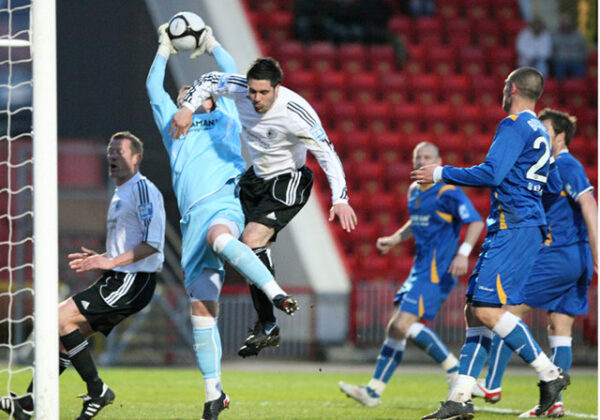 Carl Magnay, Dan Jarvis and Lewis Knight are all set to miss out through injury.

Admission is priced at:

Tickets are available to purchase both online and on the gate at Gateshead International Stadium. Season ticket holders will not be granted free admission to Emirates FA Cup fixtures, and will be required to purchase an individual match ticket.

Away supporters can purchase tickets in the East Stand online here.

Tickets purchased online are not posted to supporters and must either be printed at home or shown via smartphone upon entry.

Turnstiles will open to all supporters at 1:45pm.

Gateshead exited the Emirates FA Cup at the hands of Stevenage despite a spirited second half comeback at Gateshead International Stadium.

Will Harris and Kamil Conteh’s sublime goals from outside the box to help the Heed come back from 2-0 down weren’t enough to force Stevenage to a replay, as Luke Norris found the back of the net late into the game.

Gateshead had to face their toughest opposition yet this season, with Stevenage finding themselves second in League Two with the ‘The Boro’ losing just once in their last 10 matches

Both sides started well but it was Stevenage who go the first chance of the match in the second minute, Danny Rose played a ball over the top to Jordan Roberts whose headed attempt was saved by James Montgomery.

Stevenage’s confidence only increased as the match went on, Alex Gilbey tried his luck from 30-yards on the half volley which Montgomery collected in the 19th minute.

Stevenage broke the deadlock in the 21st minute, Jamie Reid played in a floated cross which Danny Rose flicked to the back post which Jordan Roberts struck into the far corner with a well struck volley.

Stevenage doubled their advantage in the 34th minute, Dean Campbell put in a world-class whipped cross which Kenton Richardson hit into his own net with the defender under pressure from Carl Piergianni.

The first chance of the second half went Stevenage’s way, Luther James-Wildin powered down the right flank before he whipped a cross to the back post which Saxon Ealey managed to get onto from 5-yards, but James Montgomery managed to a vital hand to it

Will Harris got his first goal for the Heed in the 53rd minute, the striker turned with the ball before he unleashed a shot from 20-yards which deflected off a Stevenage man and looped over Aaron Chapman.

The Harris goal sparked life into Gateshead, five minutes later Adam Campbell looked up before he decided to shoot from 25-yards which forced Chapman into a save.

Gateshead pulled back another to level the game in the 62nd minute, a loose ball from a corner found Kamil Conteh, who was urged to shoot by the Heed Army and his shot flew into the top corner from outside the box.

In 65th minute, Owen Bailey opened his body before he attempted a curled attempt from just outside the box which ended up just over the bar

In the 70th minute Stevenage tried to reinstate their advantage, Michael Bostwick hit low-driven shot from outside the box which Montgomery saved.

A miscommunication between the Heed defence allowed Luke Norris to arrive on the scene to put Stevenage back in front in the 72nd minute.

Stevenage were down to ten-men in the 82nd minute when Jordan Roberts kicked Jevon Mills on the floor in retaliation to Mills’ previous attack. 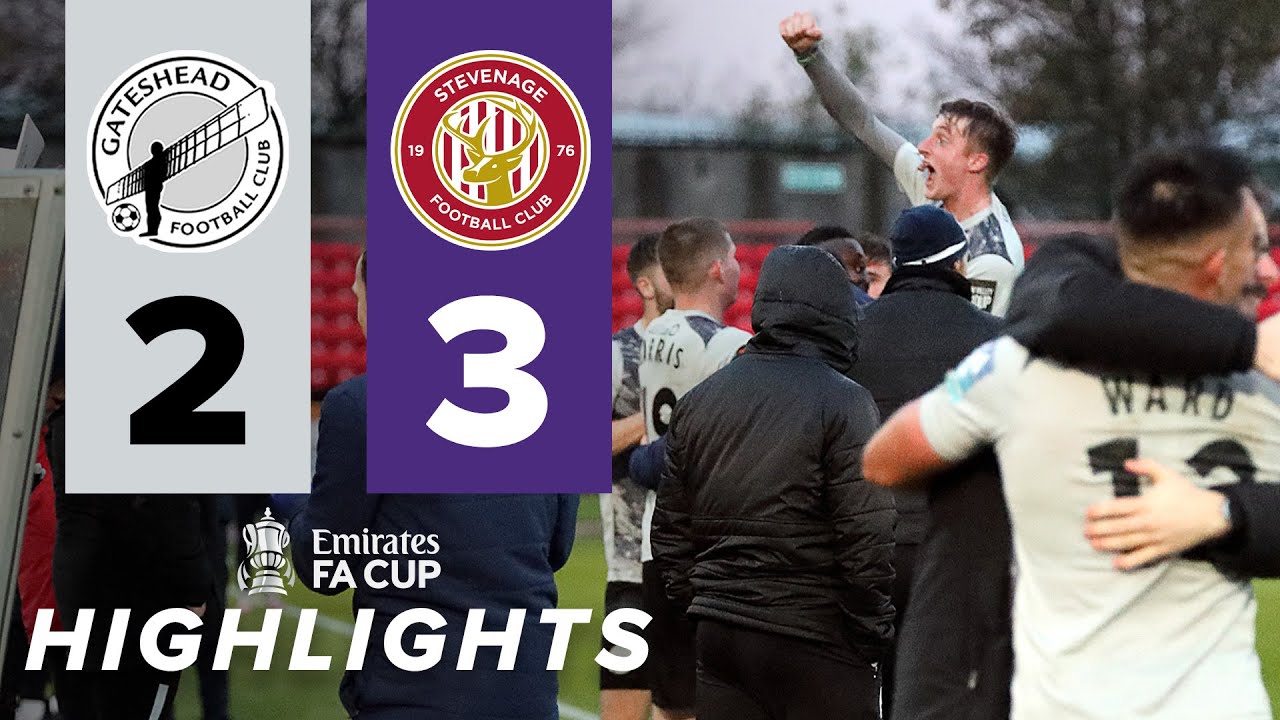