Gateshead make the 524-mile round trip to Gloucester City in the Vanarama National League North on Saturday (3pm kick off).

The Heed remain at the division’s summit ahead of this weekend’s round of fixtures, and sit three points ahead of second-placed Brackley Town.

Mike Williamson’s side have won nine from their last 12 league games, losing just once, and cruised to a 4-0 win over title rivals Kidderminster Harriers last time out.

Despite currently finding themselves in 17th place in the league table, Gloucester have enjoyed an upturn in form recently and look to extend their unbeaten run to six games this weekend.

A 2-1 win away to Curzon Ashton last Saturday was Gloucester’s sixth of the season, though five of those have come under Lee Mansell’s management following his appointment in September 2021.

Ollie Hulbert leads The Tigers’ scoring charts with eight league goals, while striker Matt McClure sits three behind him on five for the current campaign.

“We’ve watched them a lot this week and I think they’re a very, very good side,” said assistant manager, Ian Watson.

“They fell quite far behind at the start of the season which is probably why the league table doesn’t tell you the true reflection of how good a side they are.

“They’ve got players who’ve done well higher up and at this level, and if you look at the form table they’ll be right up there.

“We’re going to be tested and we have to find ways to ultimately try and get a result from the game.

“We’re full of confidence and hopefully we can go down there and put a performance on.”

There are no new injuries to report ahead of Saturday’s trip to New Meadow Park.

Elliot Forbes has returned to full training for the first time and continues his return to full fitness.

Gateshead put three past Gloucester without reply at Gateshead International Stadium in September 2021.

Robbie Tinkler’s 25-yard volley gave The Heed control in the opening 45, before second half strikes from Adam Campbell and Cedwyn Scott made sure of all three points.

Tickets can be purchased online here, and can also be purchased on the day of the game at New Meadow Park. Gloucester City advise that supporters are encouraged to pay via cashless or contactless methods where possible.

Supporters who have purchased a match ticket in advance will receive a QR code via email which can be shown and scanned at the appropriate turnstile. This can be done with a print out or by showing the ticket on your smartphone.

Away supporters can purchase standing tickets in the South Stand or seated tickets in the 1883 Stand for a £2 price increase on adult tickets. Under-16’s must be accompanied by a paying adult.

Admission is priced at:

Macaulay Langstaff gave The Heed a dream start when he slotted home after four minutes, though Danny King levelled midway through the half.

Adam Campbell’s 20-yard curler restored Gateshead’s lead at the break only for Jordon Thompson to level once more, before Greg Olley & Langstaff made sure of all three points and stretched the unbeaten run to seven.

Mike Williamson made one change to the side that beat Kidderminster Harriers last weekend, with Connor Malley making his first start in place of Cedwyn Scott.

The visitors were on the front foot right from the off and could have been ahead after three minutes, only for Langstaff to place wide of the far post on the break.

The forward made amends moments later when he latched onto Louis Storey’s ball through and prodded past Jake Cole to open the scoring with his 20th league goal.

Filip Marschall was called upon to save from 20 yards four minutes later, while at the other end Langstaff saw a shot in the box blocked after Malley had beaten two men in the middle.

Gloucester hauled themselves level midway through the half when a low cross into the centre wasn’t dealt with, allowing King to slam home unmarked.

The hosts were only level for nine minutes before Campbell had his say, curling into the far corner from 20 yards to net his side’s second and his ninth league goal of the season.

The Tigers’ fighting spirit brought them level for the second time eight minutes after the restart when Thompson headed home from a ball into the box, but it would be a matter of minutes before The Heed were back in front.

Olley took Dan Ward’s ball in stride and drove through the centre of the pitch before slotting in at the near post, handing the visitors control once more.

Marschall was called upon instantly after the restart to save Lucas Tomlinson’s close-range header, and Gateshead never looked back from there.

Substitute goalkeeper Alex Avenell saved Olley’s flick at the near post as The Heed searched for a fourth, but with 78 minutes on the clock the crucial blow was dealt.

Robbie Tinkler found Langstaff on the edge of the box and he eyed up the near post before placing into the bottom corner for his 21st league goal of the season, all but ensuring three points.

Ward and Campbell both saw efforts whistle just wide with a fifth in sight before the referee’s whistle signalled a seventh game unbeaten for Williamson’s men. 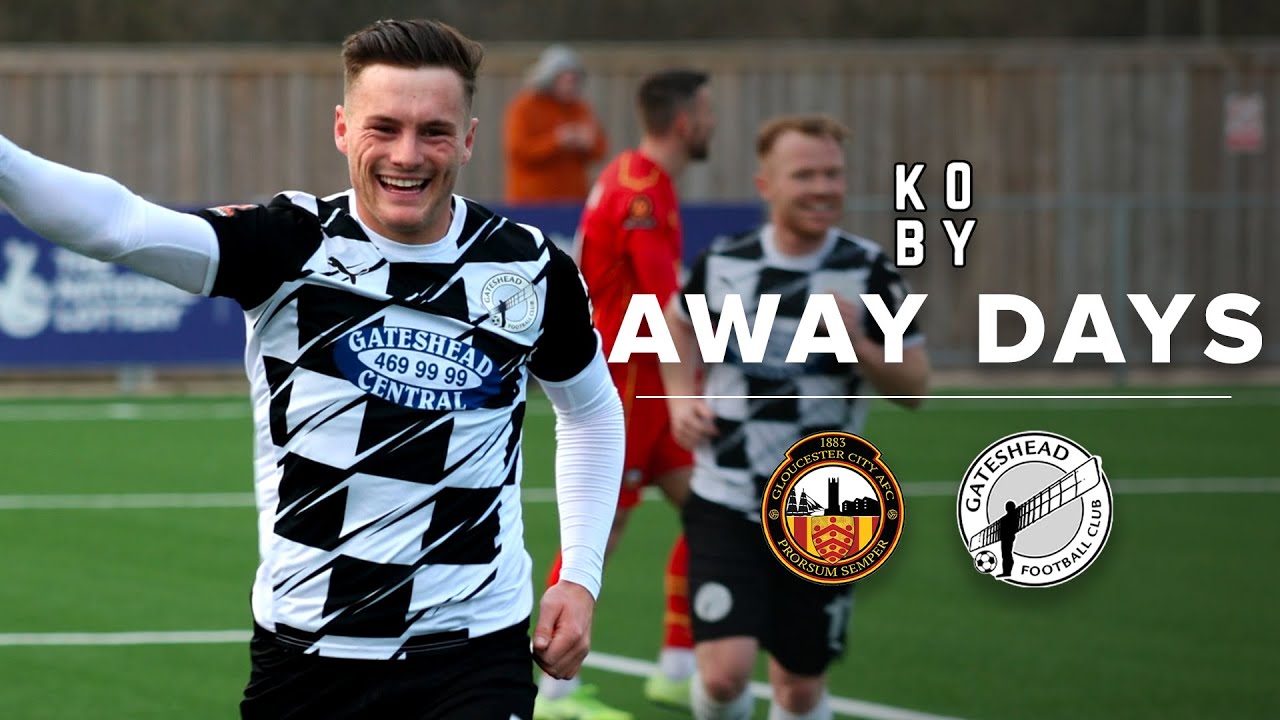