Gateshead secured a 4-1 win over neighbours Hebburn Town in the opening fixture of pre-season.

Two first half goals from Paul Blackett gave The Heed a two-goal lead at the break, before Connor Bell halved the deficit for Hebburn on 50 minutes.

Strikes midway through the second half from a Gateshead trialist and Alex Nicholson rounded off a successful pre-season run out for The Heed at Hebburn.

Mike Williamson opted to field entirely different sides in either half at The Green Energy Sports Ground in the opening fixture of pre-season with match fitness the top priority.

Amar Purewal saw the first chance of the game for the hosts when he fired wide from the edge of the box, before Langstaff threated for Gateshead and similarly sent a shot wide.

The first real drama of the game came midway through the half when Blackett was felled inside the area for a penalty, only to be denied from the spot by former Heed stopper Mark Foden.

Blackett put Gateshead in front only two minutes later however, positioning himself perfectly in the box to prod past Foden.

Blackett would then get himself a second with 31 minutes on the clock to make it two and hand The Heed control.

Michael Richardson looked to get Hebburn off the mark seven minutes later, but sent his shot wide of Sam Guthrie’s goal.

Hebburn did get themselves on the scoresheet five minutes after the restart through Bell, who slotted in via a deflection after arriving at the back post.

Gateshead’s trialist, on for the second half, almost announced himself with a pre-season goal but his 20-yard strike smacked against the post and away despite looking destined for the bottom corner.

The trialist found the net moments later with a fine strike from 20 yards, before Nicholson made it four from the penalty spot after Cedwyn Scott was brought down by Foden on his return to Hebburn. 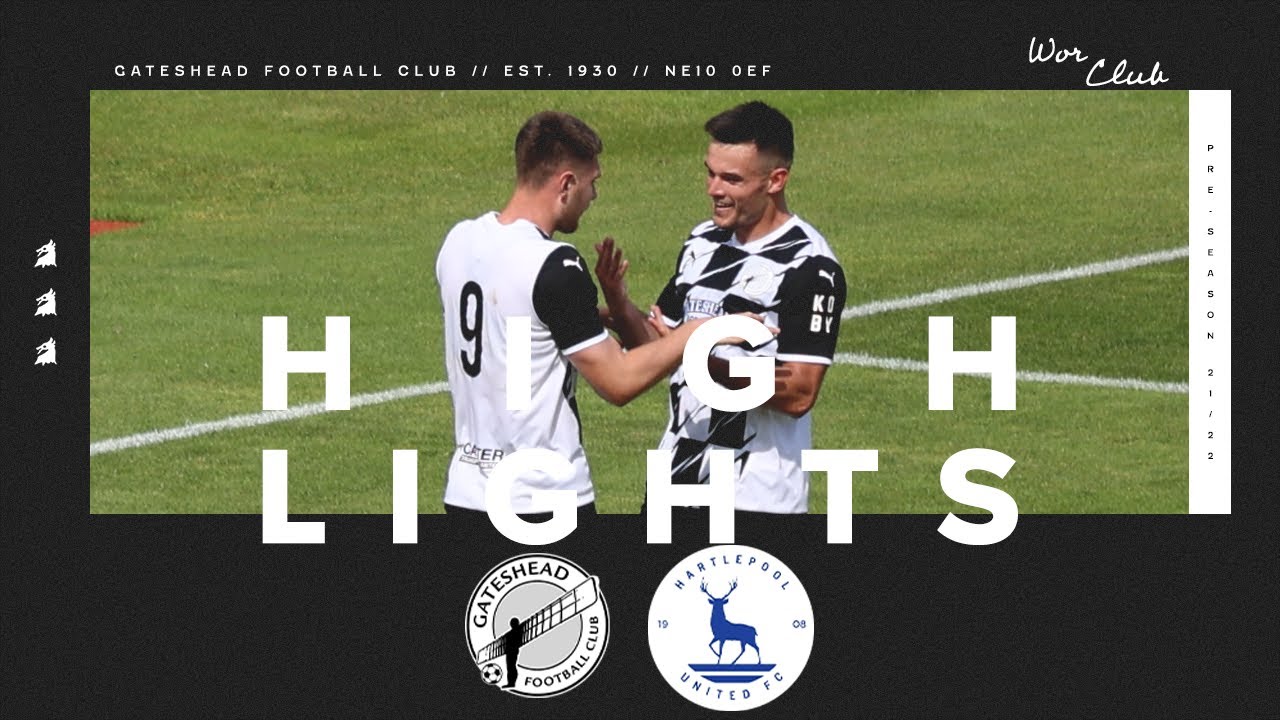