Gateshead travel to Glanford Park to face Scunthorpe United for the first time since 1958 on Tuesday evening (7:45pm kick off).

Mike Williamson’s side hit the road looking to get their third win of the season tonight, which could take The Heed up to 17th in the Vanarama National League dependent on results elsewhere.

Gateshead are unbeaten in their last three away fixtures, drawing at Altrincham and Bromley while winning at Maidenhead United in September.

Scunthorpe, meanwhile, have developed a reputation as draw specialists under the interim management of Tony Daws, assisted by former Heed duo Michael Nelson and Paul Musselwhite.

The Iron have drawn five of their eight league fixtures since Daws took over, but were defeated 3-0 by an in-form Southend United side last weekend.

Goalscoring has not proved an issue for his side so far though, with top scorer Joe Nuttall sitting on seven league goals this season while Scunthorpe have netted 19 in total.

Only National League newcomers Dorking Wanderers (16) have conceded more goals on home turf than The Iron (15) so far, a trend Daws will be looking to put to a halt sooner rather than later.

“We’ve had open and honest conversations about what we can do tomorrow and for the rest of the season and the lads have really embraced that,” said defender and first-team coach Louis Storey.

“We have a clear idea and understanding of our game plan and what we need to do tomorrow to bounce back from Saturday’s performance, and to get the performance and result that we want tomorrow night.”

“There’s been a number of draws in there which we all know we should have won, and we should be mid-table,” interim manager, Tony Daws, told Scunthorpe’s official website.

“We respect them in the way they play and what they do but again it’s about us and what we do on Tuesday night in terms of being positive and getting on the front foot. We will be doing that.”

Owen Bailey will be unavailable for tonight’s game after being taken off with a head injury on Saturday.

Admission for Tuesday’s game is priced at:

All under 14s must be accompanied by a paying adult or concession.

Segregation will be in place at Glanford Park, with away supporters situated in the AMS Stand (sections 56-103). 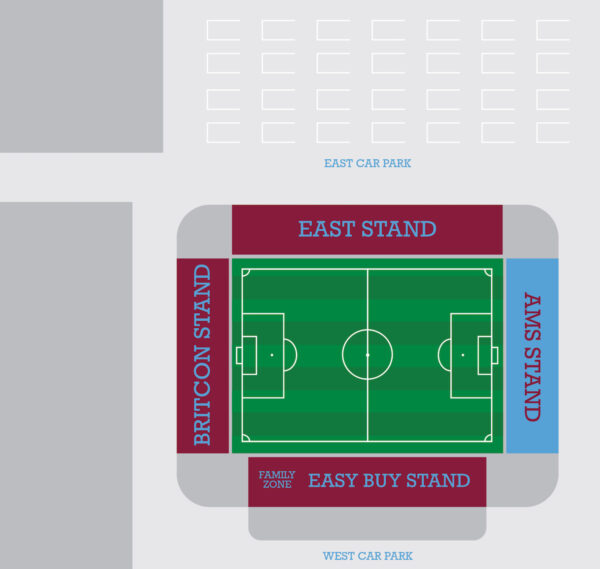 Supporters can also purchase tickets in person from the match day ticket booth (in the corner between the Britcon and East Stands) from 10am until 7:45pm on Tuesday.

Gateshead were handed a 3-1 defeat thanks to two controversial penalties away to Scunthorpe United.

The Heed went in front inside 10 minutes when Adam Campbell pounced on a loose touch, though Joe Nuttall levelled from the spot one minute before the break after Carl Magnay was penalised for a point-blank handball on the edge of the box.

Caolan Lavery headed home a corner off the underside of the crossbar to hand the hosts the advantage, before Nuttall netted his second penalty in injury time to wrap up all three points.

Injuries continued to influence Mike Williamson’s starting 11 at Glanford Park, with Owen Bailey, Luke Daley and Paul Blackett all missing from the squad.

Adi Yussuf was handed his first start up top while James Montgomery returned in goal, and those changes only seemed to aid Gateshead’s momentum early on.

The trademark high press was in full flow from the off and Campbell had a sight of goal five minutes in when he fired over, but four minutes later he grabbed his seventh of the season.

Yussuf’s through ball caused a loose touch from a Scunthorpe defender, allowing Campbell to nick in and slot under Marcus Dewhurst from just inside the area.

It could have been two seven minutes later, but this time Dewhurst was on hand for the hosts as he parried Greg Olley’s 25-yard free kick around his far post.

The ball was in the Scunthorpe net a second time on 25 minutes when Yussuf’s shot against the post was followed in by Kamil Conteh, though the offside flag went up to deny The Heed a two-goal lead.

The hosts should have drawn level with their first real attack 37 minutes in when Nuttall drifted behind the defence and went through one-on-one only to strike the post, but their leveller came in controversial circumstances one minute before the break.

A long free kick towards the corner of the penalty area was contested by Nuttall and Carl Magnay, and a header from the former against Magnay’s trailing arm was immediately called as a penalty kick, which Nuttall confidently despatched.

The Iron then took the lead with the first chance of the second half when Lavery headed a corner in off the crossbar, leaving Gateshead needing a goal to reduce arrears.

The home side’s confidence was boosted from that point onwards and they pressed for a third, with Jacob Butterfield and Alfie Beestin both firing just wide of Montgomery’s goal within the next 10 minutes.

Campbell and Magnay both saw shots from outside the area held by Dewhurst as Gateshead looked to regain control later in the half, but Scunthorpe continued to stand firm with a goal advantage behind them.

The decider came in injury time as the hosts were awarded a second penalty when Cameron Wilson went down in between two defenders, before Nuttall slotted past Montgomery again to seal the result.