Gateshead make the 360-mile round trip to Southport on Saturday looking to extend their unbeaten start to the Vanarama National League North season.

The Heed secured a 2-1 win over Guiseley at Gateshead International Stadium on Bank Holiday Monday to move to fifth in the National League North table, following a 1-1 draw at Chester two days prior.

Southport have drawn both of their fixtures at The Pure Stadium this season against Gloucester City and Kidderminster Harriers respectively.

Liam Watson’s side lost 2-1 at AFC Fylde on Bank Holiday Monday, with the hosts playing out the second half with 10 men following Ben Tollitt’s red card in the 40th minute.

“We know they’re big, strong, direct and they like to get balls in the box,” said assistant manager, Ian Watson.

“It’s the stuff we’ve dealt with previously with teams in this league, where they’re going to put the ball under the crossbar from throw-ins onto Chappy [Jacob Chapman] and we have to deal with that.

“We have to press the ball well and win the ball back as quickly as we can and that allows us to control the game and dominate the ball.”

Danny Greenfield, Jack Hunter and Luke Williams are all set to miss out with long-term injuries.

Elliot Forbes is continuing his return to fitness, but will be unavailable for Saturday’s game.

The Heed ran out 4-1 winners the last time the two sides met in November 2020 at Gateshead International Stadium.

Tickets can be purchased via Southport’s online ticketing portal here, and are priced at:

The home side took the lead early on with Marcus Carver’s flick at the near post leaving The Heed chasing an equaliser in the first half.

Southport looked to have sealed it when Josh Hmami and Niall Watson netted, either side of Paul Blackett’s first of the season, only for Macaulay Langstaff to fire home in injury time and earn a point.

Gateshead made one change to the side that beat Guiseley 2-1 on Bank Holiday Monday with Dan Ward replacing Ryan Wombwell in a shift to a midfield three.

Southport started the quicker of the two sides and made that opening count when Carver flicked home at the near post to put the home side ahead.

The Heed controlled possession from that point onwards, as they looked for a way to break through a resolute Sandgrounders defence.

Cameron Mason did well to keep Macaulay Langstaff and Matty Jacob off the scoresheet midway through the half, first parrying the former’s header wide before acrobatically tipping Jacob’s 20-yard curler past the post.

Langstaff and Scott both saw half chances passed up shortly afterwards, with the former sending a shot over the bar before Scott hit the side netting with the angle against him.

Southport remained a threat on the counter and Jacob Chapman had to stay alert to prevent Carver from adding his second when he tipped over the bar at his near post with the forward racing through.

Gateshead’s best chance of the half fell to Langstaff eight minutes before the break when he met Robbie Tinkler’s cross unmarked on the penalty spot, but could only head over Mason’s crossbar.

Southport doubled their lead with a slice of good fortune nine minutes after the restart when Hmami’s 20-yarder took a huge deflection off Owen Bailey, wrong footing Chapman before hitting the net.

Blackett came off the bench to halve the deficit and give The Heed hope, but moments later Southport won a penalty through Louis Storey’s handball and Watson converted to restore their two-goal buffer.

Gateshead were undeterred though, and piled on the pressure in an effort to make a comeback, with Scott making it count 12 minutes from time as he rifled low past Mason to set up a tense finish.

Just as it seemed the pressure would come in vain, Langstaff fired in off the woodwork to spark pandemonium in the away end and earn a deserved point on the road. 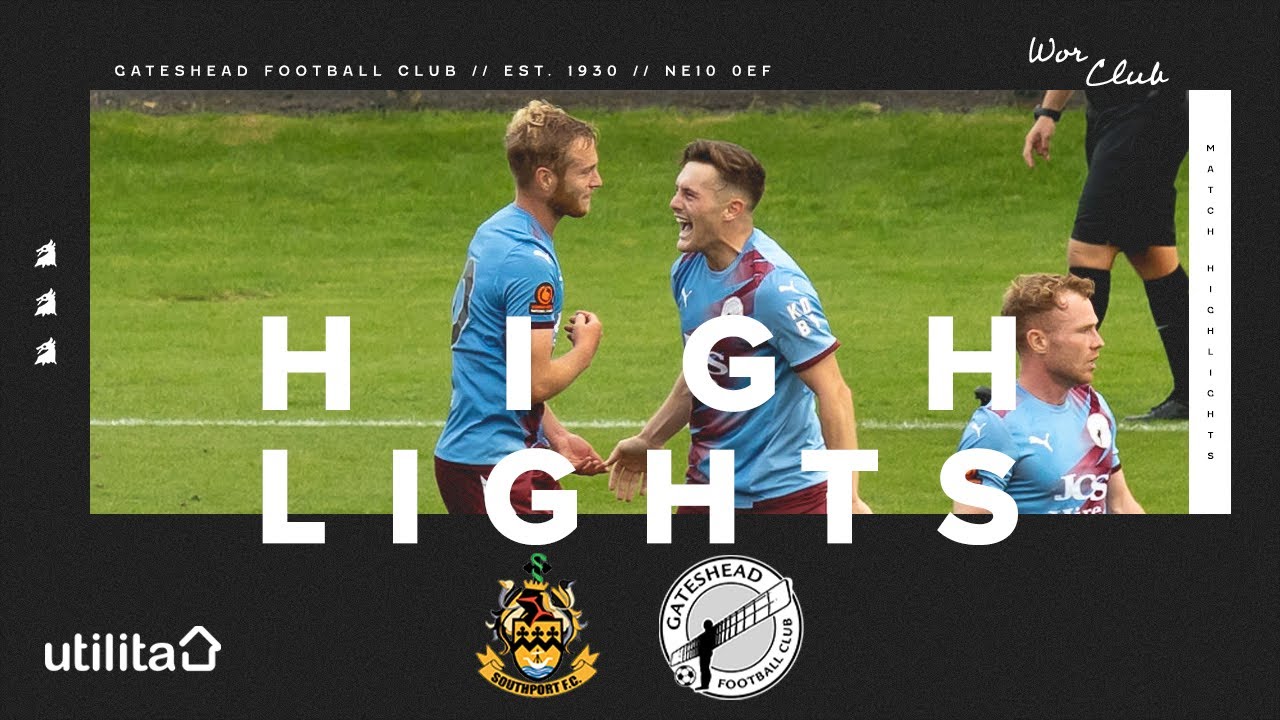