Our academy system, in partnership with Gateshead College, develops young players in Tyneside to guide them into a career within the professional game. 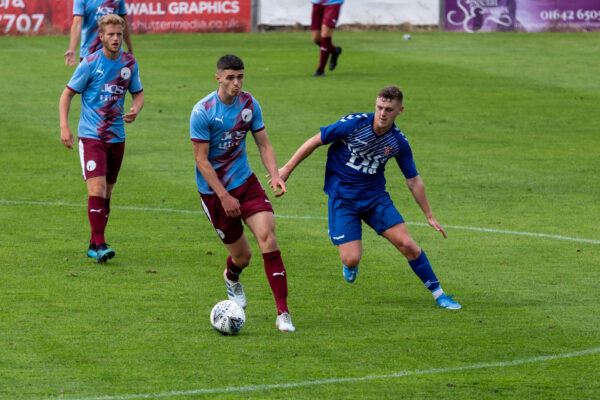 Players from ages seven to 16 make up an initial total of 10 all-new teams for the 2021/22 season, all representing Gateshead Football Club across the country in the Junior Premier League and in our Academy Games Programme.

Those new teams add on to our pre-existing scholars at under-18 & under-19 sides, who compete against professional opposition from across the country in competitions such as the FA Youth Cup & National League Football Academy and receive an outstanding education through Gateshead College.

Our coaches include former York City Academy Manager Mark Spencer, who oversees our scholars, along with Ashington manager Ian Skinner, who leads the under-19 side,

Academy players will also have the opportunity to be mentored by members of the first team squad in select sessions throughout the season.

Academy players also have access to the same state-of-the-art facilities used by our first team at Gateshead International Stadium and the Academy for Sport, including a recently revamped gym, S&C suite, performance labs & outdoor 4G pitches.