Our Club Our History

The original Gateshead AFC was formed in 1930 when neighbours South Shields – members of the Football League’s old Third Division North – moved to Gateshead because of financial difficulties.

The newly formed “Tynesiders” almost capitalised immediately on their good fortune when only Lincoln City’s superior goal average denied them promotion to the second division in just their second season of League football.

However, it was to be the FA Cup that was to provide the club with its finest hour when cup fever gripped the Tyneside town in 1953.

After accounting for Liverpool in the Third Round, Gateshead progressed to the quarter-final only for their Wembley aspirations to be denied by a single Nat Lofthouse goal for eventual finalists Bolton Wanderers.

A sell-out Redheugh Park crowd of 17,692 had witnessed the spectacle, but within five years the North Easterners were founder members of the newly formed Fourth Division after they missed the cut for the Third Division by just one point. 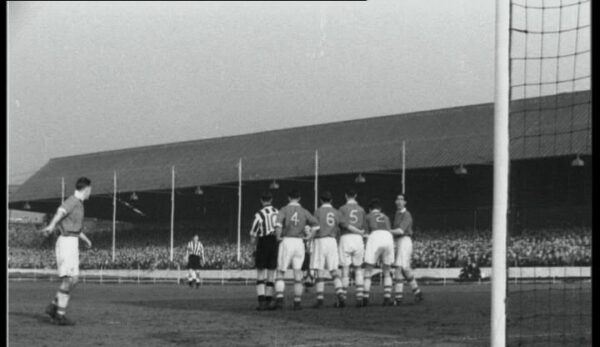 Despite an average placing of ninth in 21 Third Division North campaigns – interrupted by the Second World War – two years after the introduction of the Fourth Division came Gateshead’s shock dismissal from the Football League.

The club had applied for re-election only once before in a relatively successful 30-year period, but were unceremoniously cast aside in favour of the more geographically favourable Peterborough United in 1960.

Gateshead had finished third-bottom with both Oldham Athletic and Hartlepools United below them, but polled only 18 votes and were unjustly voted out of the League.

An unsuccessful bid to join the Scottish Football League was followed by a brief spell in the Northern Counties League and then six years in North Regional League.

In 1968, Gateshead became founder members of the Northern Premier League, but their stay in the new competition lasted only two years.

Their place was, ironically, taken by another demoted Football League outfit, Bradford Park Avenue, and Gateshead were forced to replace their own reserve side in the Wearside League.

Finishing as runners-up, the Tynesiders then had two seasons in the Midland League until – in 1973, seven leagues and 43 years after its inception – Gateshead AFC ceased to exist. 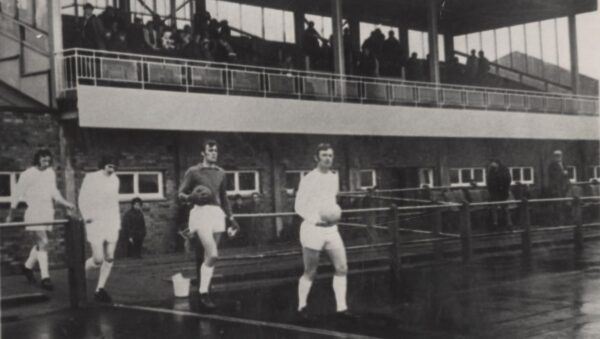 A new club called Gateshead Town played the following season in the local Northern Combination League but, astonishingly, history was soon to repeat itself.

South Shields, then members of the Northern Premier League, sold their Simonside headquarters and moved to a new home at Gateshead Stadium.

Renamed Gateshead United, the club soon became a force in the Northern Premier League while accounting for Football League clubs Grimsby Town and Crewe Alexandra in the FA Cup.

However, in 1977 – after only three years of operation – came the shock announcement that United were to disband – the third body blow to hit Gateshead supporters inside two decades.

It looked like the end of senior football in the town until another phoenix, this time in the form of the current Gateshead FC, rose from the ashes in 1977.

Replacing Gateshead United in the Northern Premier League for the 1977-78 season, the new club won the title in 1983 with a record 100 points and 114 goals.

After two years in the Conference, the Tynesiders returned to the Northern Premier League and were crowned champions for the second time in 1986.

Their second spell in the Conference lasted just one season, though they were quick to bounce back, and reclaimed their place at the top table of non-league football in 1990.

The accustomed role of top-flight strugglers was transformed with seventh- and fifth-place finishes in successive campaigns – 1994-95 and 1995-96 – as well as three quarter-final appearances in the FA Trophy in four seasons.

A productive period ended in 1998 when the club was relegated back to the Northern Premier League after eight consecutive seasons of Conference football.

The Heed’s very existence was then threatened early in the new millennium when long-time sponsors Cameron Hall Developments pulled out.

Relegation to the Northern Premier League First Division followed but, after one season, Gateshead were back in the top-tier of the NPL following the introduction of a geographically split First Division.

The future for a club with a proud, if somewhat chequered, past took a turn for the better when wealthy Gateshead-born businessman, Graham Wood, took over in 2006. 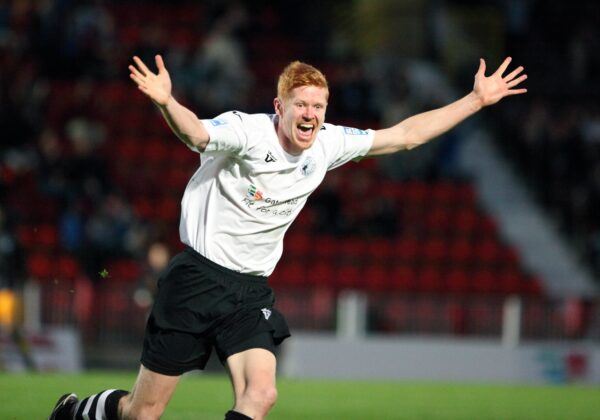 Gateshead finished third in the renamed UniBond Premier Division in 2008 when they were joint-top goalscorers in the top ten divisions of senior English football, including the Premier League and Football League.

Under Ian Bogie, the Heed struck 93 league goals that term, seeing off Buxton in the play-off final in front of a four-figure crowd at the International Stadium.

Back-to-back promotions were achieved when the rejuvenated Tynesiders claimed the runners-up spot in the Conference North, where they finished joint-top scorers with 81 goals.

They then overcame AFC Telford United in the Conference North play-off final in front of a 4,000-plus crowd on Tyneside to reach the Conference Premier.

The first campaign back in non-league’s elite division proved to be a difficult one with top-flight status only retained on the final day of the season on goal difference.

Gateshead then marked the 50th anniversary of their harsh expulsion from the Football League by again becoming a full-time professional club in 2010.

The following season brought a 14th-place finish and a spot in the semi-final of the FA Trophy for the first time, the Heed then finishing eighth in 2012 while reaching the last eight of the Trophy.

The next campaign, however, saw chronic pitch problems at the International Stadium, which resulted in half of the club’s home games being staged away from Tyneside.

The following year, however, Gateshead recorded their highest placing in English football since their Football League days and made it to Wembley for the first time in their history.

The Heed finished third and attracted their biggest crowd for a competitive game at the International Stadium – 8,202 – for the play-off semi-final second-leg win over Grimsby.

Hopes of reclaiming their League status were quashed, however, as Gary Mills’ side were edged out by Cambridge United in front of a near-20,000 crowd. 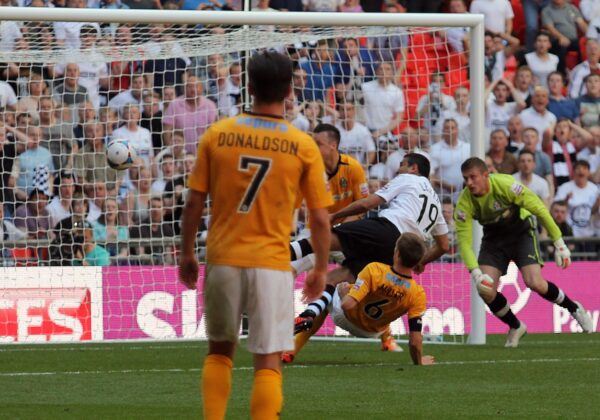 The Heed began the following campaign strongly, and reached the Third Round of the FA Cup for the first time in 60 years after victories against Gainsborough Trinity, Norton United and Warrington Town.

There, they were heavily beaten by Premier League side West Bromwich Albion, but for the 1,200 Tynesiders who travelled to the Midlands, it was still a day to remember.

After ending the season in tenth-place, Mills departed for Conference rivals Wrexham before Wood’s total shareholding was acquired by Consett-based business duo Richard and Julie Bennett.

Former Sunderland manager Malcolm Crosby was sworn in to replace Mills, but – despite a promising start – the 61-year-old was sacked after less than six months in the role.

Under Aspin, the Heed finished ninth in the renamed Vanarama National League, while they also made another appearance in the quarter-finals of the FA Trophy.

After releasing all bar a handful of players ahead of the new campaign, Aspin effectively has a clean slate to work with during his first full season as Gateshead began their eighth consecutive season in the fifth-tier.

And the 2016/17 campaign would ultimately end in disappointment, as early exits from the FA Cup and FA Trophy meant the Heed had only the league to play for come the start of 2017.

Arguably that worked to the side’s advantage as they mounted a significant play-off charge following a remarkable run of results which saw Aspin named the National League Manager of the Month in February.

The run saw the Tynesiders move into the play-off positions by mid-March, but an end of season capitulation in which they lost five of their final six matches saw them end the season in eighth place – three points better off than the previous season.

An encouraging start to the 2017/18 campaign saw Aspin’s Gateshead keep five clean sheets in their opening seven matches and occupy a play-off place before gradually sliding down the table with just one win in nine.

With the Heed sitting in 15th position in the National League, manager Neil Aspin opted to join his former side Port Vale in League Two, bringing assistant manager Lee Nogan along with him.

Watson joined from league leaders and eventual champions Macclesfield Town, where he was assistant to Jon Askey and made an immediate impact back on Tyneside.

The Geordie named Cummins as his assistant and proceeded to win five of his first seven matches in charge, reaching the FA Cup Second Round for the first time in three years.

The Heed were eventually knocked out by Luton Town who went on to face Newcastle United at St. James’ Park in the next round.

Watson’s initial impact eventually wore off as far as league results were concerned as the side bounced around the mid-table places for the remainder of the season.

The highlight of the 2017/18 season was undoubtedly their remarkable FA Trophy run which saw them see off National League opposition in every round en route to the semi-final.

The Tynesiders missed out on a second Wembley trip when they were beaten by Bromley over two legs but still equalled their best ever finish in the competition.

The second leg at the International Stadium attracted a home crowd of over 2,000 – the largest since the play-off semi-final against Grimsby in 2014.

Following their Trophy exit, Gateshead’s league form took a hit as they eventually ended the campaign in 17th position.

In April 2018, owners Richard and Julie Bennett confirmed their intention to sell the club after three years in charge. They agreed a deal with an overseas consortium the following month but that later collapsed.

Gateshead remained up for sale until just over a week before the start of the 2018/19 National League season when Hong Kong based businessman Dr Ranjan Varghese completed his takeover of the club with Michael Williams taking over as operations director.

A season of turmoil off the pitch was contrasted by a successful one on it, as the Heed competed strongly in the National League and stayed within reach of a play-off place for almost the entire season before finishing ninth, prior to a nine-point deduction which saw the end the season in 18th place.

Gateshead were taken over once more in the summer of 2019, this time by a fan-led consortium with Neil Pinkerton and Trevor Clark installed as club owners.

That wouldn’t prove enough to save the club’s National League status however, with the Heed demoted to the National League North for the first time in 10 years as a result of the prior season’s financial situation.

Mike Williamson and Ian Watson returned to the club as player/manager and assistant manager respectively, and put themselves to work assembling a squad to contend for promotion back to the National League at the first attempt. 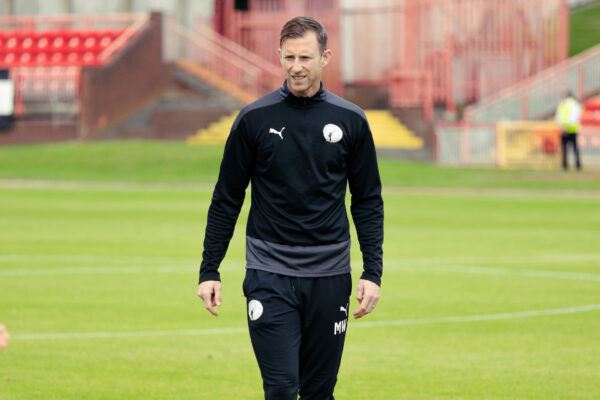 Familiar faces returned alongside a host of young players and loan deals, and after a steady start, things began to pick up as the squad hit their rhythm, defeating sides well in the play-off race such as Boston United, Spennymoor Town and Brackley Town.

An Emirates FA Cup run to the first round saw Oldham Athletic visit the International Stadium in front of the BBC Sport cameras, with the League Two side emerging narrow 2-1 winners after being run mightily close by Williamson’s spirited side.

Prior to the COVID-19 pandemic that ground football to a halt, we found ourselves two points outside of the play-offs with games in hand on those above us following an 11-game unbeaten run.

The 2020/21 campaign proved to be a season that never quite got going across non-league, with the National League North season ultimately voided in January 2021 with Gateshead sat in 10th place.