The Heed made it two wins from two in pre-season with a two-goal victory at Billingham Town on Saturday.

Cedwyn Scott opened his pre-season account with a diving header before Eddie Thomas netted a second to hand The Heed the win.

Mike Williamson split his squad between the trip to Billingham and a training exercise at Sunderland earlier in the day, meaning a number of academy players lined up alongside the first team at Bedford Terrace.

Scott looked sharp right from the off and almost got himself a goal within six minutes, but poked the ball just wide of goal with the Billingham ‘keeper rushing out.

Scott threatened once again three minutes later when he got on the end of Greg Olley’s ball through the defence and lashed towards goal only to be denied by a firm save.

It would be that duo who would link up for the opening goal midway through the half as Olley’s cross was met by the dive of Scott, sending the ball crashing into the back of the net for his first goal of pre-season.

Gateshead made it two only two minutes later and it was an academy player to put his name in lights as Thomas slotted home from close range to hit Billingham with a swift one-two punch.

Scott continued to prove a thorn in Billingham’s side after the break and forced saves from the ‘keeper twice from the edge of the box as he looked for his second goal of the afternoon.

The hosts caused more problems in the opening 10 minutes of the second half than in the entirety of the opening 45, forcing three saves from Sam Guthrie as he kept his sheet clean.

The Heed made six changes to freshen things up with just over 20 minutes to go, handing a number of academy players a chance to impress at Bedford Terrace.

Goalkeeper Tom Thebe did just that within five minutes as he kept the home side off the scoresheet with a fine save to his left.

Things slowed down towards the game’s climax with a youthful Gateshead side beginning to tire, but Williamson’s side remained in control to secure a 2-0 win. 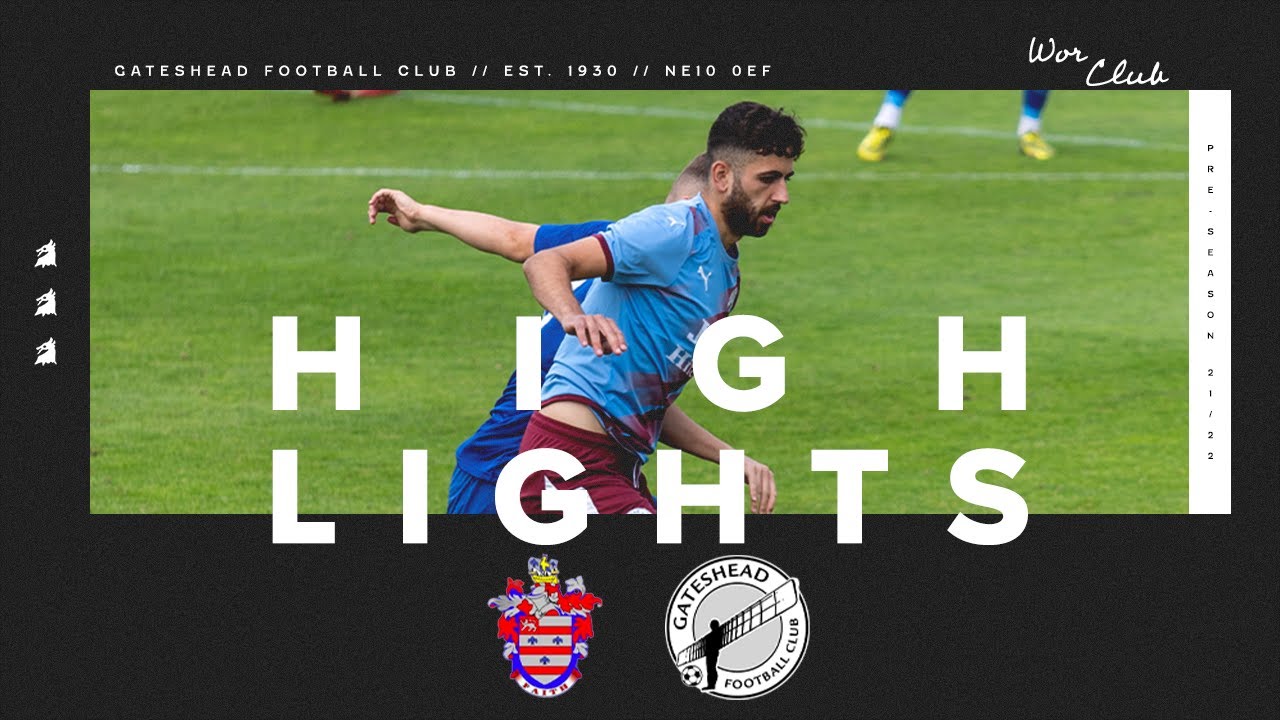